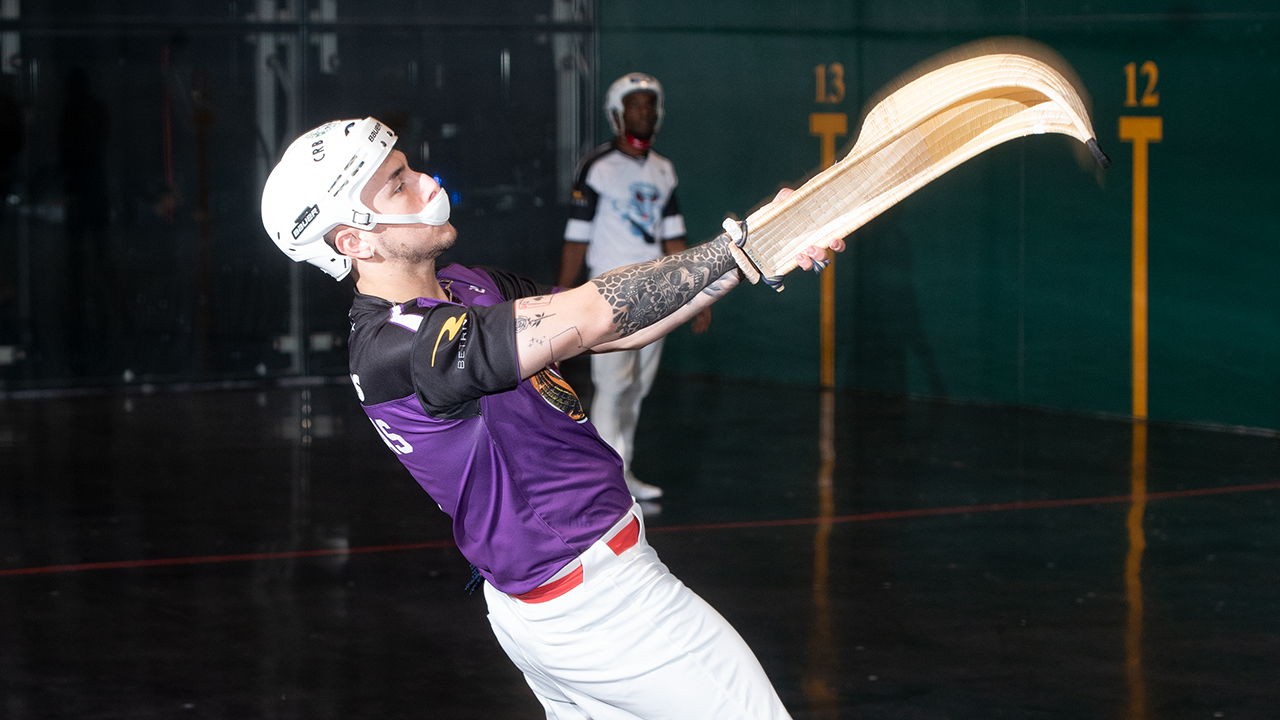 Once upon a time, jai alai was just as popular in the United States as horse racing and greyhound racing, where the average fan could walk into a casino, place a bet on a match and watch in real-time.

Jai alai, a sport mostly played in Spain, France and other Latin American countries, made its way to the U.S. in 1904 at the World’s Fair in St. Louis and expanded across the country to several cities in Florida up to Connecticut and Rhode Island and as far west as Las Vegas.

While jai alai has been mentioned in pop culture in movies like “Black Mass,” TV shows like “The Simpsons” and video games like “Grand Theft Auto: Vice City,” the sport is down to one fronton, located at the Magic City Casino in Miami also known as the “Yankee Stadium of jai alai.”

General view of some equipment needed for a jai alai game in Tampa, Florida in November 1989.
(Scott Halleran/Allsport)

However, reports of the sport’s death appear to be premature.

Magic City Jai-Alai has emerged as the destination for top-flight jai alai athletes from across the U.S.,  Spain, the Philippines, France and Mexico. While the head-to-head and doubles season is currently ongoing, the league is also set to bring back Battle Court for its second season. Four teams, the Cesta Cyclones, Chula Chargers, Rebote Renegades and Wall Warriors will compete in a nine-week season starting Sept. 23 and play singles and doubles matches, which will culminate on Nov. 18.

For the uninitiated, jai alai may sound like the new pro sports league on the block akin to that of ultimate or cornhole. However, it’s one of the oldest sports in world – created in the 1800s.

“It’s sort of like racquetball on steroids,” Savin told Fox News Digital, “in the sense that it’s a three-sided court and our front and back walls are made out of concrete.”

In the head-to-head format, players go against each other in one-on-one or two-on-two matches. Players or teams need to win two out of three sets played to six points. Unlike tennis, there is no deuce or advantage, and the ball speeds can reach up to 150 mph.

There is definitely a high level of athletic ability needed.

MIAMI CASINO WORKS TO SAVE BELOVED JAI ALAI FROM EXTINCTION

“The analogy we used sometimes is if a baseball player had to catch and throw with the gloved hand. So imagine the guy is catching it with his left hand, and then he can’t transfer and throw with his right. He’s got to throw the baseball to the base or back to home plate with his gloved hand,” Savin explained.

“It takes a tremendous amount of athleticism. The players are very, very highly skilled because you have to play the game right-handed. If you’re a lefty, and we have several lefties on the roster, they have to learn to catch and throw with their right hand.”

In an attempt to appeal to a bigger audience, Magic City Jai-Alai partnered with Bet Rivers. Fans of the sport in several states, including New Jersey, Pennsylvania, Colorado, Virginia, Illinois and Iowa as well as those in parts of Mexico and Canada could bet on the game through the app. The league also recently announced a streaming deal with ESPN3.

The league has also grown on social media, boasting more than 130,000 followers on TikTok over the last six months.

Magic City Jai-Alai offers another twist to separate itself from the major professional sports leagues in North America – the average Joe can own a team. Sponsoring a team for a season costs $100,000. Some team owners include Chris Cote, of “The Dan Le Batard Show with Stugotz” podcast, and South Florida radio personality K Marie.

“For the owners who are essentially writing checks out of their own bank accounts, they’re playing for a cash prize if their team wins the championship,” Savin said, adding that some donations of $50,000 are also going to charities of the owners’ choice.

“One of the families that is coming back and buying for season two, even though they’re writing the check themselves, they’re designating the Nicklaus Children’s Hospital for the $50,000 if they win this year,” Savin said. “They’re not even going to pocket the money and try to recoup their investment. They’ll be giving 100% away to a charity. It’s just a nice thing and one of the things we’re really trying to do is build community with jai alai.”

Matthew Langhans throws the pelota against the wall.
(Jai-Alai World)

The second season of Magic City Jai-Alai’s Battle Combat will start as the NFL and college football take center stage on TV, radio and podcasts. MLB will also be winding down in preparation for the playoffs and the NBA and NHL’s regular seasons are about to take shape.

So, why should the average sports fan tune into a jai-alai match?

General view of the action during a jai alai game in Tampa, Florida in 1989.
(Scott Halleran/Allsport)

“I think there’s two reasons,” Savin said. “I look at LIV Golf, and obviously we follow these things closely, and it’s amazing, and it’s out of (Saudi Arabia) and they’re giving away literally hundreds of millions of dollars but the two things about ours are if you’re a sports fan … the potential to become an owner in the sport we think is very cool.

“More importantly, the athleticism involved to play jai alai is probably greater than any other game we could think of. I mean, you have a ball going 150 mph. All (the players) wear is a helmet – no padding. They’re not like hockey players or hockey goalies or football players. It’s a ball going 150 mph, you wear a helmet, and it’s coming at you, and you literally have seconds to react, make a catch and make a return throw. All the while figuring out if it’s coming off the wall, how to angle yourself. For me, I think when people see the sport in person or even on TV, they get an appreciation for the greatness of the athletes.”

Lindsay Savin, the director of communications for the league and Scott’s daughter, agreed with the notion of incredible athleticism.

“Jai alai is just such an exciting sport to watch, and I think as a fan of sports coming in kind of at the ground level and being able to follow all these athletes’ careers and watch them get better and better and choose your favorite players and really come in from the beginning of this evolution of this sport is a fun thing to be a part of,” she told Fox News Digital. “There’s no arguing. It’s just a really exciting sport to watch.”

Scott Savin added that the players are essentially competing for the love of the game.

“They’re not paid like basketball players or football players or baseball players. They’re not making millions of dollars. The median player earns about $50,000-55,000. The top guys earn a little bit over $100,000,” he said. Every guy in the locker room appreciates the ability to be a professional athlete.

Jai Alai players play with their chisteras, a large wicker glove, during a Cesta Punta match in Anglet in the Basque country, France, January 30, 2019.
(REUTERS/Regis Duvignau)

“I think they all grasp they’re part of an effort to save a sport that used to be typically on a night in Florida or in Connecticut in the eighties 10,000 people came to watch jai alai. There’s a huge effort both by the athletes and by all of us behind the scenes to save something that we all believe is very well worth saving and to make it economically viable and to expand. Our goal is to go more teams, more cities, more countries and sort of get jai alai back to what it was in the eighties.”

Ryan Gaydos is the sports editor for Fox News and Fox Business. Story tips can be sent to [email protected] 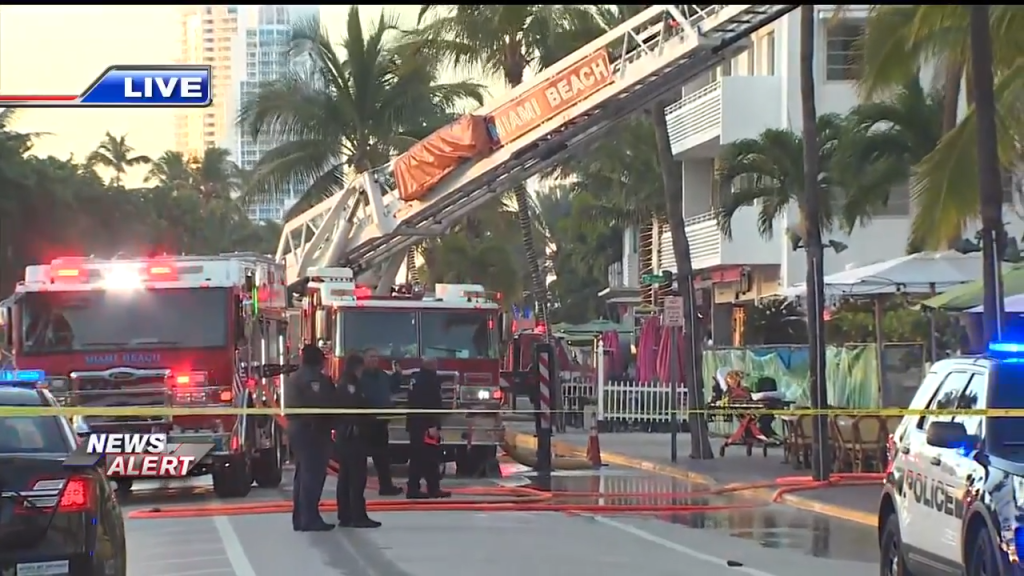