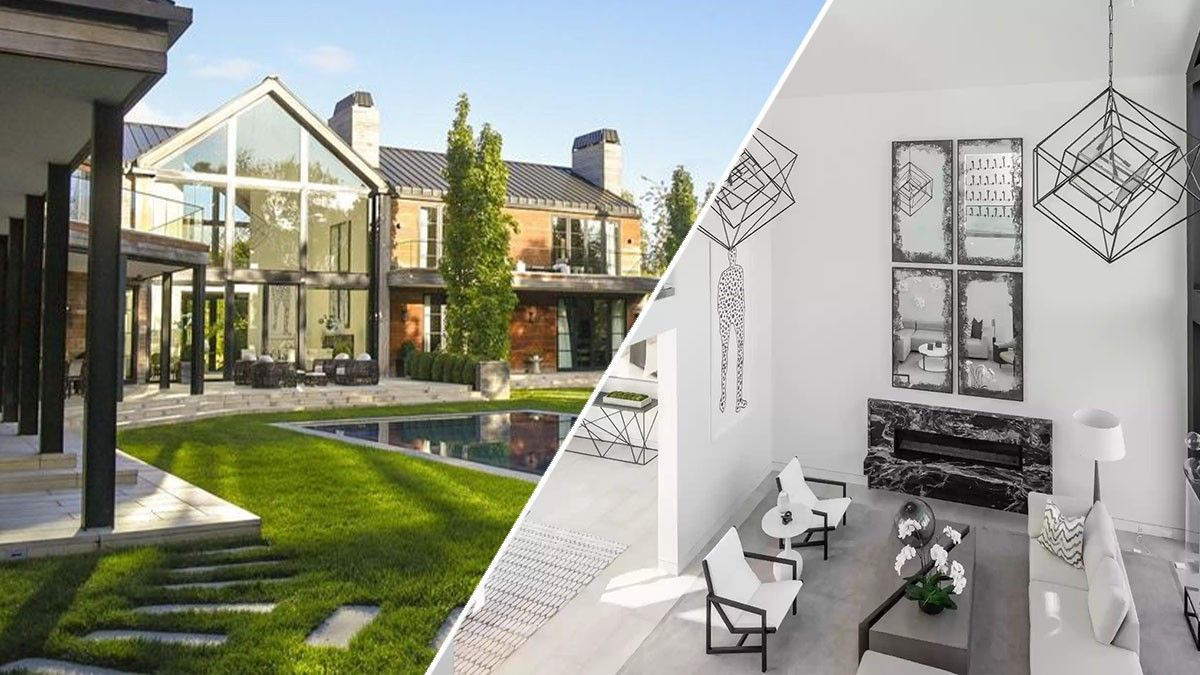 While in Manhattan for New York Fashion Week, the TV personality apparently slipped away to tour a privately listed estate in Water Mill, according to the New York Post. The mansion was last seen on the market for close to $19 million.

Of course, we had to know what kind of posh property would pique the interest of Pippen, former wife of NBA great Scottie Pippen.

Let’s take a look at the not-so-humble abode.

Recently built in 2018, the wood-clad construction measures 12,500 square feet and has nine bedrooms and 11 baths. Pippen could easily host all of her fellow “Real Housewives” cast members.

The reality stars could amuse themselves in the game room with a bar downstairs and watch movies on the big screen in the home theater. And there’s plenty of room for them to eat together in the formal dining room.

Other features they would find appealing include a spa, Har-Tru tennis court, heated pool, and wine room.

Listing photos from the last time it was on the market reveal a large chef’s kitchen with two islands, four fireplaces, and a beautiful pool house with a soaring ceiling.

While it’s not a waterfront home, it does sit on more than 2 acres and has a double-gated entry.

What about the Hamptons, you may ask, appeals to a longtime Miami resident?

“I like the Hamptons more than the city. It’s a better fit,” Pippen told a Nest Seekers representative. “It’s also not just for the summer anymore. A lot of my friends are spending more and more time there, including over the holidays.”

It might be a good time for Pippen to consider another real estate investment. In 2021, she finally sold the Fort Lauderdale mansion she shared with her husband. It had been on and off the market for a good 12 years. Known as Villa del Lago, it was sold for $10,545,000.

Bianca D’Alessio and Mia Calabrese, reality stars themselves from “Selling the Hamptons,” represent the Hamptons listing.

Pippen, 48, was married to NBA champion Scottie Pippen from 1997 until 2021. They have four children. She was one of the original “Real Housewives of Miami” when the show premiered in 2011. She also made frequent appearances on “Keeping Up With the Kardashians” over the years. In 2020, Pippen launched her own high-end jewelry line.