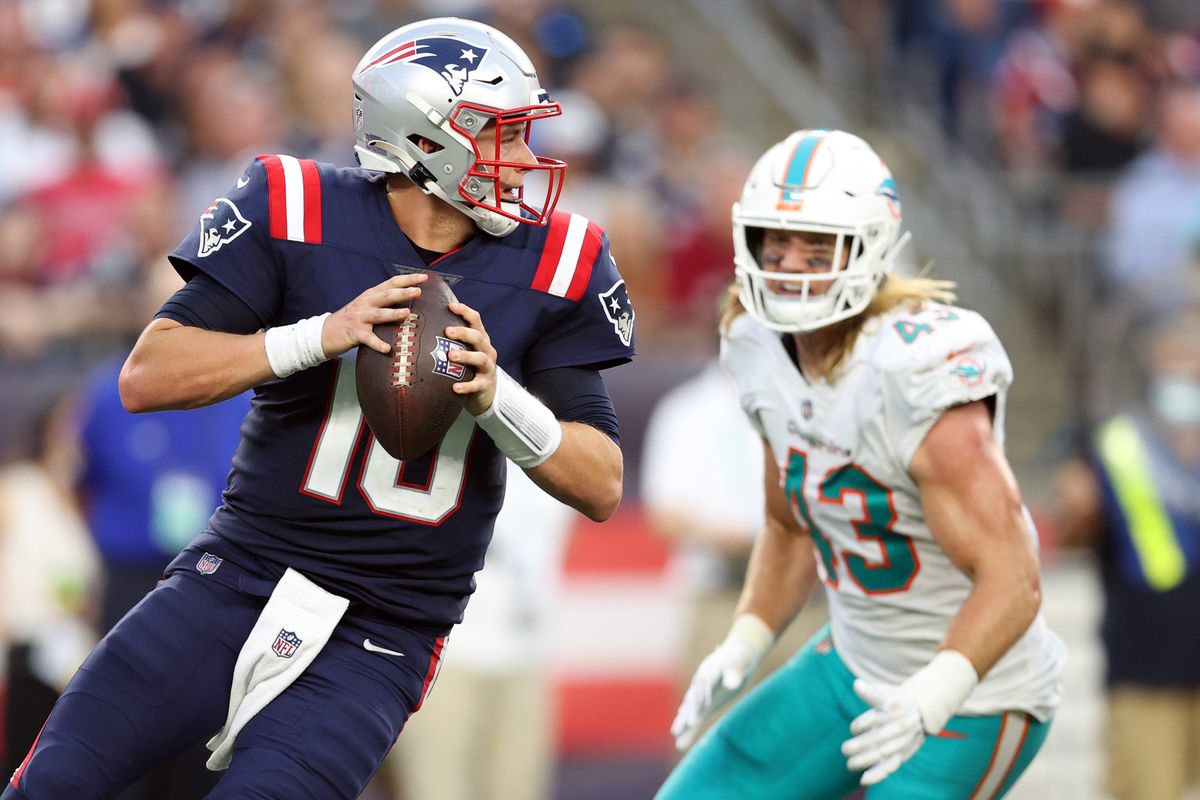 Safeties Brandon Jones and Jevon Holland got after the passer more than any other defensive backs last season, while slot corner Nik Needham saw his share of opportunities, as well.

Belichick’s allusion to Miami’s secondary blitzes indicate these schemes will be a top priority for the Patriots’ offense in Week 1. This makes a lot of sense with rookie Cole Strange starting at left guard, role changes among the veteran linemen, and uncertainty at the receiving back spot following James White’s retirement,

This got me wondering how the Dolphins applied their tendency to the Patriots last season, as well as how the offense responded in the two matchups. There was plenty of material to study,  as Miami rushed a defensive back on nearly 25% of Mac Jones’ drop-backs through two games last season.

Here’s a breakdown of each secondary blitz the Dolphins sent at then-rookie Mac Jones.

The Dolphins actually called a fire zone on the Patriots’ first dropback of 2021, resulting in a sack-fumble where cornerback Byron Jones slipped Jonnu Smith’s sift-block attempt.

Half of these blitzes came on 1st down with the Patriots under center, a wise strategy given the offense’s high run/play-action frequency in such situations. These rushes came from safety or slot defender over the receiver closest to the formation, where New England’s runs often hit.

Miami sent three more of these pressures on early downs with New England in the gun, with these coming from the running back’s side. Mac Jones threw into the blitz twice oncurl-flat concepts, though one was off-target.

When plays broke down, Jones did a nice job buying time to find open receivers.

In some obvious passing situations, Miami sent defensive backs after the passer without actually blitzing. Pressures that send off-ball players while rushing fewer than five are known as “creepers.” These create the illusion of extra rushers to influence quick throws underneath without sacrificing coverage.

Indicators for the Dolphins’ creeper pressure included edge defenders opposite the slot standing with their weight on their back-foot, as well as weak safeties near the line of scrimmage without a clear coverage assignment.

Miami played two-deep zones behind these creepers, leaving at least five underneath defenders to suffocate check-downs.

Jones made an excellent throw down the seam to Nelson Agholor against the first of these pressures, but was forced to throw short on the others due to either pressure, coverage, or play design.

On 3rd downs or passing situations late in the half, Miami favored man coverage behind their secondary blitzes, mostly cover-one with a safety in the deep middle.

Jones managed to move the chains with downfield completions to Meyers and a flag drawn by Nelson Agholor. The passer also targeted quick outs twice against soft cover-zero, one for a critical first down.

Unfortunately, the Patriots’ separation issues bubbled to the surface against press coverage. This was most prominent on a hit Jones took due to blanket coverage.

Jones was also sacked on what appeared to be a bust by Shaq Mason and Trent Brown, and he had an inaccurate throw dropped on a sprint-out.

Overall, Mac Jones and the Patriots performed well against the Dolphins’ secondary blitzes last season. Jones didn’t seem surprised by what he saw, showed poise under pressure, and largely avoided unnecessary risks. There also weren’t any free rushers due to poor protection calls, thanks in large part to James White’s awareness in blitz pickup.

In Week 1, the offensive line will need to communicate effectively and keep their heads on a swivel to keep Mac Jones clean in passing situations. When facing tight man, receivers will need to create space and make plays against a Dolphins secondary that will be without starting outside corner Byron Jones.

More consistent ball-placement from Jones will be another major key, as speeding up his clock last season led to some errant passes.

It’ll be interested to see who handles pass protection as the new top receiving back. Damien Harris has excelled in blitz pickup when given opportunities. Rhamondre Stevenson has also expressed interest in seizing the role, and Pierre Strong excelled as a blocker in college.

The Dolphins will be a formidable Week 1 matchup, but they could also be a great measuring stick for where the Patriots are and what they need to tweak as they find their identity. 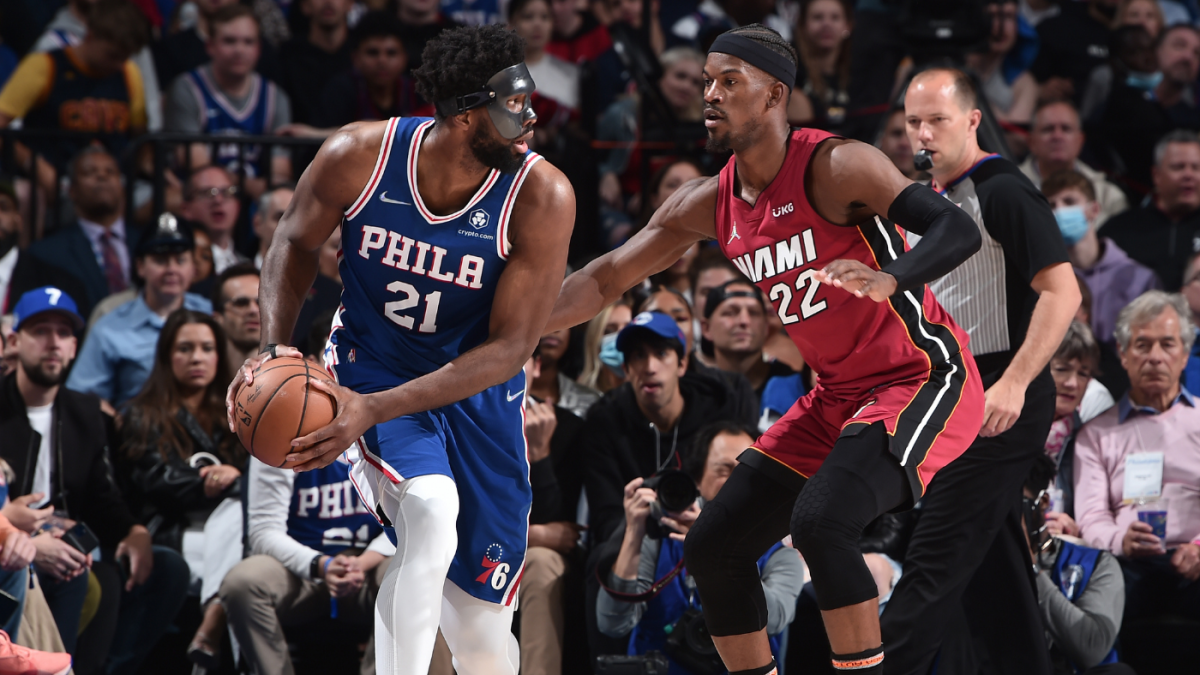 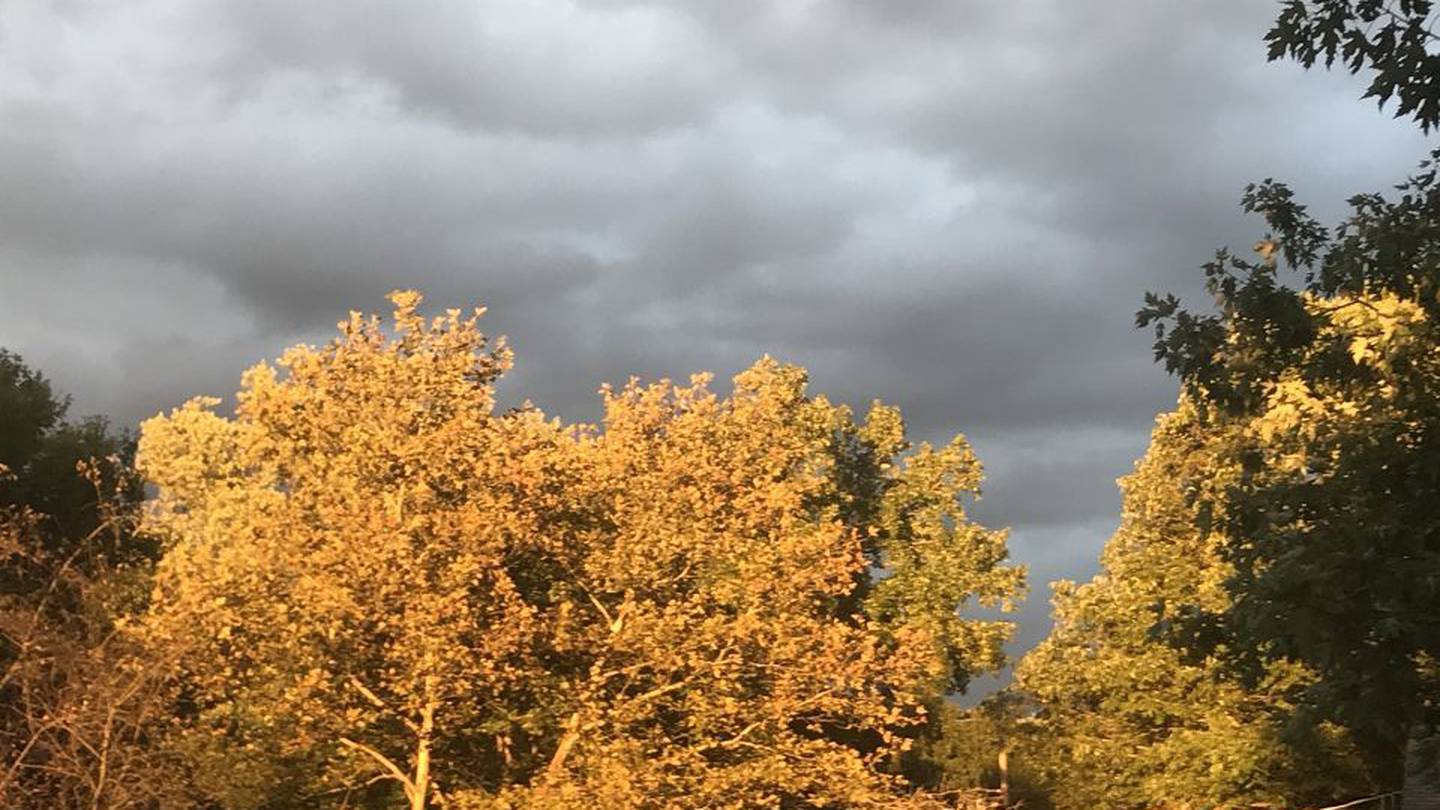