Amid the materials shortages, price hikes and other craziness of the housing market last year, something remarkable happened. US builders completed more apartments in large multi-unit buildings than ever before.

Yes, these numbers only go back to 1972, but with other statistics indicating that 1972-1974 marked the all-time peak in overall US apartment construction, it seems safe to say that the 214,000 housing units completed in buildings of 50 units or more in 2021 has never been surpassed.

This news, contained in annual Characteristics of New Housing data that the Census Bureau released with little fanfare earlier this month, may come as something of a surprise amid a pandemic that emptied downtown office buildings and brought real estate bidding wars to outer suburbs and mountain resorts. Big apartment buildings don’t really seem to match the moment.

One explanation for their continued boom is that, to be completed in 2021, large apartment buildings generally had to have been in the works before the pandemic hit. According to the Census Bureau’s Survey of Construction, the average time from permitting to completion for multifamily buildings of 20 units or more that were finished in 2021 was about 19 months.

But that doesn’t explain what’s coming next: After dipping in 2020, the number of new units authorized in multifamily buildings took off, running 37% higher over the past 12 months than in the same period in 2018/2019.

Apartment completions are now down a little, a reflection of that 2020 permitting slowdown, but that should turn around soon. We don’t know for certain how many of these new apartments will be in big buildings, because the permit statistics don’t differentiate between 5-unit buildings and 50-unit ones. But over the past five years, housing units in buildings of 50 units or more accounted for 57% of all multifamily units completed, while those in buildings with 20 units or more accounted for 85%.

During the apartment construction booms of the 1970s and 1980s, smaller buildings predominated. Now, multifamily buildings of four units or fewer are barely being built at all — the Census Bureau estimates that just 4,000 duplex units and 3,000 units in three-or-four-unit buildings were completed in 2021 — and those in the five-to-19-unit range have gone from mainstay of the US new-apartment supply to afterthought.

The disappearance of this “missing middle” between single-family houses and larger multifamily structures has been much lamented, and, as is clear from the above chart, the boom in big apartment buildings hasn’t been enough to fully make up for it. Still, apartment construction is now at levels not seen since the Tax Reform Act of 1986 wiped out key tax incentives for investment in rental housing. By contrast, overall housing construction — which consists mostly of single-family houses — is still at only about two-thirds its 2006 peak.

A longer, population-adjusted view shows the period from 2008 to 2015 to have been the weakest for US housing starts since World War II, and one of the weakest on record.

That housing-construction bust happened just as the members of the largest US generation, the millennials, were entering adulthood. Not great timing! The current large-apartment-building boom, then, is occurring in the context of a housing supply that’s growing, but not fast enough to meet demand that built up during that bust. And now it has taken new forms with the pandemic-era embrace of remote work.

The ability to cut loose from downtown offices and even large metropolitan areas has to some extent shifted demand away from expensive urban neighborhoods and coastal metropolises in general. But picturesque mountain towns can only accommodate so many newcomers, and physical and political barriers to building a lot more single-family homes are cropping up in large inland metro areas as well as coastal ones. It’s no shock that multifamily units make up the majority of new housing going up in and around New York, Philadelphia, Seattle, Miami and Boston, but a bit surprising to see that the same is now true of the Austin, Denver and Twin Cities metro areas, with Nashville not far off.

Other, smaller, metro areas where the majority of new housing units authorized in 2021 were in buildings of five units or more included Napa, California (86.3%), Missoula, Montana (73.2%), Santa Fe, New Mexico (72.9%); Madison, Wisconsin (72.8%); Boulder, Colorado (62.4%); and Rapid City, South Dakota (53.6%). It’s clearly not just a big-city thing. And while 50-plus-unit apartment buildings are probably a smaller part of the mix in these places than in larger metropolitan areas, the trend toward bigness has been pretty universal. Another way of measuring it is by how tall the buildings are.

Most of those buildings probably aren’t much taller than four stories. According to Characteristics of New Housing data, 77% of the multifamily units completed in 2021 were in wood-framed buildings. While “mass timber” buildings of up to 18 stories are now allowed, “stick” framing similar to that used in single-family houses is the standard in US wood-framed apartment construction, and is subject to stricter height limits. The resulting proliferation of boxy, “five-over-one” apartment buildings with five wood-framed stories over a concrete first floor (or, if you prefer, Type V construction over Type I) is something I have written about at great length in the past and won’t go into here, other than to urge you to refer to them as “stumpies” because I think that’s a good name.

But why the shift from small apartment buildings to big? I don’t think consumer demand really explains it. Yes, a big building or complex can offer amenities such as pools, gyms and concierges — not to mention views, if it’s tall enough — that a smaller one can’t, and there does appear to have been an increase in the number of affluent renters, many of them empty nesters, who demand such amenities. Supply-side factors seem more important, though.

Getting housing built is harder than it used to be, partly because there’s not a lot of developable land left within large metropolitan areas (or even adjacent to them in some coastal metropolises) and partly because the political and regulatory barriers to development have grown. That favors developers with lots of resources and expertise. As industries go, multifamily housing development isn’t all that concentrated — the 25 biggest US developers, as ranked by the National Multifamily Housing Council, accounted for a quarter of the multifamily housing starts in 2021. But even developers well below the top 25 go about their work in an increasingly professionalized and institutionalized  manner, with syndicators, real estate investment trusts and even sovereign wealth funds all playing a role. Building some duplexes on a vacant lot in a residential area isn’t really worth these people’s time. Building a 150-unit apartment building in a city or a suburban shopping district often is.

Will it continue to be? The annualized return on US apartment investments has been 9.2% over the past decade, according to the National Council of Real Estate Investment Fiduciaries, with a return for the four quarters ending in March of 24.1%. Rising interest rates and a slowing economy mean 2022 and 2023 won’t be nearly so lucrative — the Standard & Poor’s 500 Residential REITs Sub Industry Index is down 36% since April — and a construction slowdown is almost sure to follow. But the longer-term forces driving investment into big apartment buildings don’t seem to be going away.

More From Other Writers at Bloomberg Opinion:

Housing Bubble Fears and Your Down Payment: Alexis Leondis

This column does not necessarily reflect the opinion of the editorial board or Bloomberg LP and its owners.

Justin Fox is a Bloomberg Opinion columnist covering business. A former editorial director of Harvard Business Review, he has written for Time, Fortune and American Banker. He is author of “The Myth of the Rational Market.” 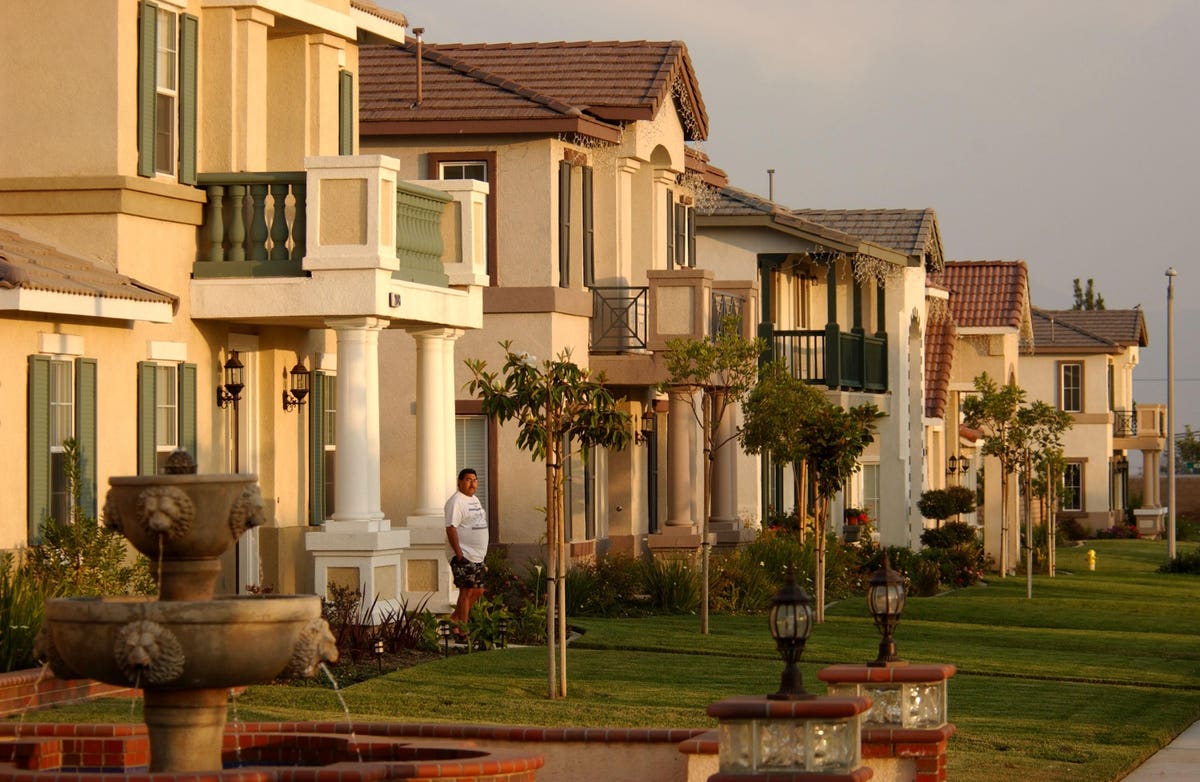 Real Estate Entrepreneur Educates With Strategies For The Wholesale Market 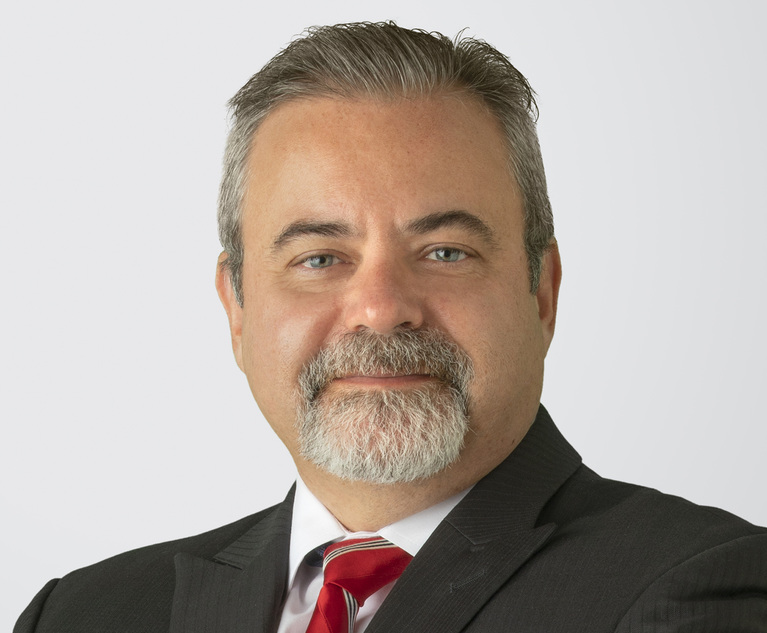