Ivy Realty bought the two-building office complex in 2016 for $56.3 million. The property consists of a six-story building, and a 21-story building where the leases were signed.

Kaseya I 800 Brickell I Miami

Kaseya leased 42,872 square feet on the top three floors of the 800 Brickell tower, according to a release from the landlord’s broker.

New York-based Gatsby bought the 15-story building and adjacent nine-story garage in 2019 for $125.5 million. Gatsby, led by Nader Shalom and Babak Ebrahimzadeh, has since renovated the property, the release says.

Dublin-based Kaseya also recently signed a 64,716-square-foot lease on the second, third and fourth floors at Alliance Real Estate Group’s 777 Brickell office building. It also has a 35,000-square-foot space at 701 Brickell in Miami.

30Sinco, owned by A Bradley Hospitality, led by Michael Calderon and Jose Rodriguez, will open in a 6,000-square-foot space this year, according to a River Landing news release. The restaurant, previously based in Casa de Campo in the Dominican Republic, offers worldwide cuisine, predominantly Mediterranean-Latin fusion.

30Sinco will be part of River Landing’s 25,500-square-foot restaurant row, where Pan-Asian eatery Tanuki has opened.

The project consists of about 360,000 square feet of retail and commercial space; 135,000 square feet of Class A offices; 528 market-rate apartments; more than 2,000 parking spaces and a landscaped riverwalk, according to the release

River Landing Shops is 93 percent leased. The office space is 60 percent leased, including to the Miami-Dade State Attorney’s Office, which is set to occupy 49,379 square feet.

Rosemary Batzel’s Deccure Group will open the first Sakana restaurant in Fort Lauderdale, and Dan and Lori Malay’s How You Brewin Coffee Company will open the brand’s first location in South Florida.

Peruvian sushi concept Sakana leased a 3,020-square-foot ground-floor space at the NuRiver Landing condo building at 511 Southeast Fifth Avenue. How You Brewin leased a 3,000-square-foot space at the Pompano Pier Parking Garage at 3460 Northeast Third Street, according to a news release from Native Realty, which brokered the deals.

Ross also represented How You Brewin, with Native serving as the coffee brand’s exclusive broker in South Florida.

Sakana will have a 72-seat main dining dining room, 52-seat outdoor dining area and a bar for up to 25 patrons, according to the release. It is expected to open in mid-2023.

Deccure’s other Latin American and fusion concepts in South Florida include La Perla in Weston and in Kendall; La Perla Ceviche and Rolls in Weston; and Ceviche Arigato in Weston and West Palm Beach.

The Malays, who have owned How You Brewin since 2004, are opening the Pompano Beach location in partnership with Tyler and Kelsey Jones. Property records show the city owns the garage, which is near the ocean.

In other recent restaurant deals, Greek concept Petros leased a quick-service Fort Lauderdale space at 1978 East Sunrise Boulevard, a block from its planned full-service restaurant, according to the release. Sturgis represented the landlord, and Will Grace, also of Native, represented the tenant.

The retailer leased space at 1036 Lincoln Road, as part of its broader U.S. expansion that includes plans for four or five Florida stores, according to a press release from the Lincoln Road Business Improvement District.

Records show the property is owned by an entity managed by New York investor Bobby Cayre.

Lincoln Road has been experiencing retail leasing activity, with more than 25 tenants either opening or announcing a new location in the district, Lyle Stern, president of Koniver Stern Group and the Lincoln BID, said in the release.

Israeli airline El Al Israel Airlines is the latest company to relocate from the Northeast to South Florida.

El Al will move its U.S. headquarters to 5297 Copans Road in Margate, relocating executive teams from New York City and Long Island, according to the South Florida Business Journal.

Property records show the one-story building is owned by an entity managed by Kenny Rozenberg, an American-Israeli billionaire who owns a controlling interest in El Al. In 2018, the entity paid $5.5 million for the property that was built in 1990 on 5.9 acres.

Editor’s note: The 30Sinco report was updated to reflect the most recently provided information about the restaurant. I toured the Miami neighborhood where Ken Griffin is moving Citadel, his $51 billion hedge fund. I can see why he chose it — ‘Wall Street South’ lives up to the hype. 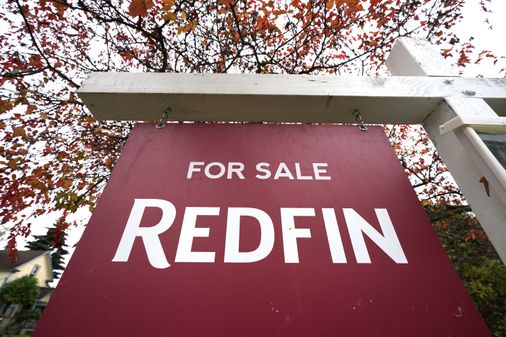 Boom times are over for US housing market. But don’t expect Boston to bust.