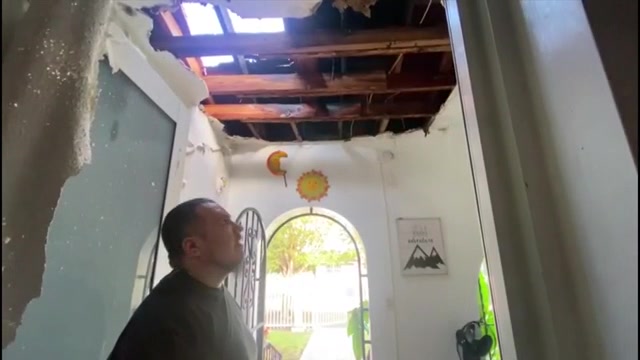 MIAMI (WSVN) – A Miami family is reeling but thankful to be alive after a fire broke out on the roof of their home while they were preparing a Thanksgiving feast.

7News cameras on Thursday captured Francisco Barberena as he stood underneath a hole created by fierce flames.

“I wasn’t sure how bad it was until I realized that the entire roof was smoking,” he said.

The blaze tore through parts of Barberena’s home of more than 30 years.

The fire ignited on the roof toward the front of his home, located along Northwest 58th Avenue, near First Street, just before 2 p.m.

Barberena said he and his mother were in the kitchen cooking their holiday meal when a neighbor rushed over and told them their house was on fire.

That’s when the homeowner called 911 and immediately got his elderly parents to a safe place.

“Once we saw the entire room smoking, then we realized that it was a lot worse than we thought it was at first,” said Barberena. “At first I thought it was only this area here, but it started spreading, and there’s smoke damage all over the house.”

First responders pulled up to the home shortly after and began aggressively attacking the blaze. Firefighters were able to get inside and rescue the family’s trapped pets.​

“They had several birds, as well as two dogs, [and we were] able to get them out safely,” said Miami Fire Rescue Capt. Ignatius Carroll, “and crews were able to do a further investigation to find a small fire that also occurred inside the attic.”

Inside the home, Barberena and his loved ones found debris, damage and multiple holes in their roof.

Barberena said the property had been recently renovated, and now a lot of his memories are ruined.

The homeowner said the fire didn’t just damage his home; it also damaged his holiday spirit.

The family is staying at a hotel provided by the American Red Cross. They were not hurt.

The cause of the fire remains under investigation.

Copyright 2022 Sunbeam Television Corp. All rights reserved. This material may not be published, broadcast, rewritten or redistributed. 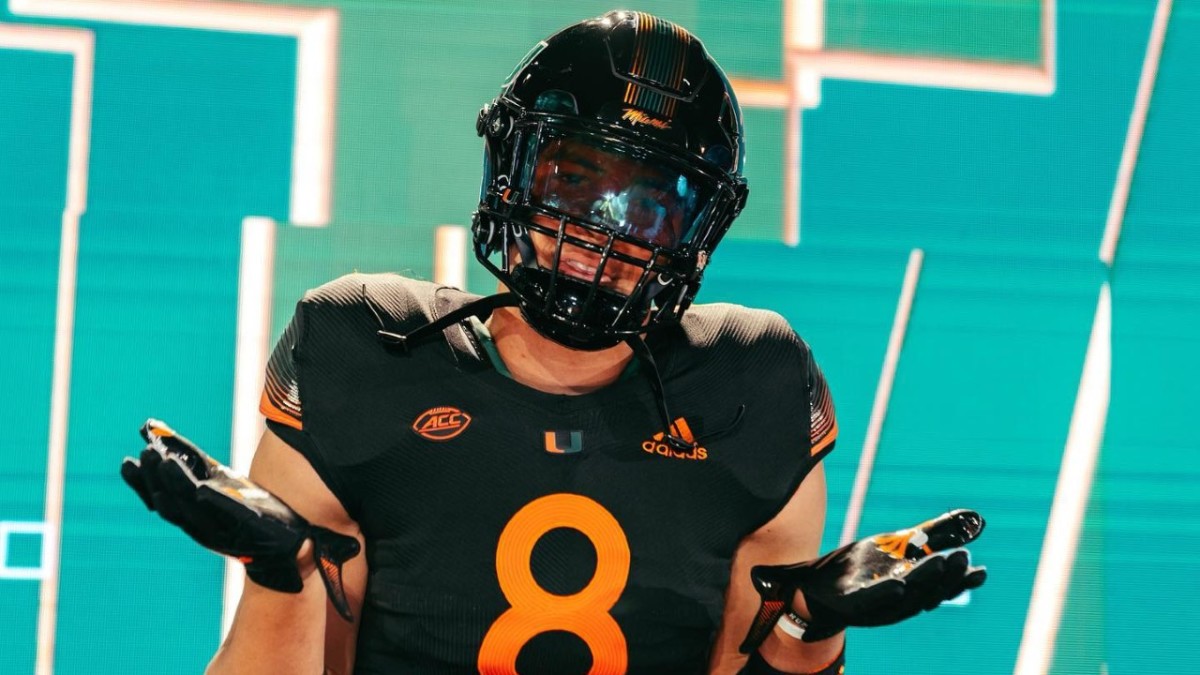