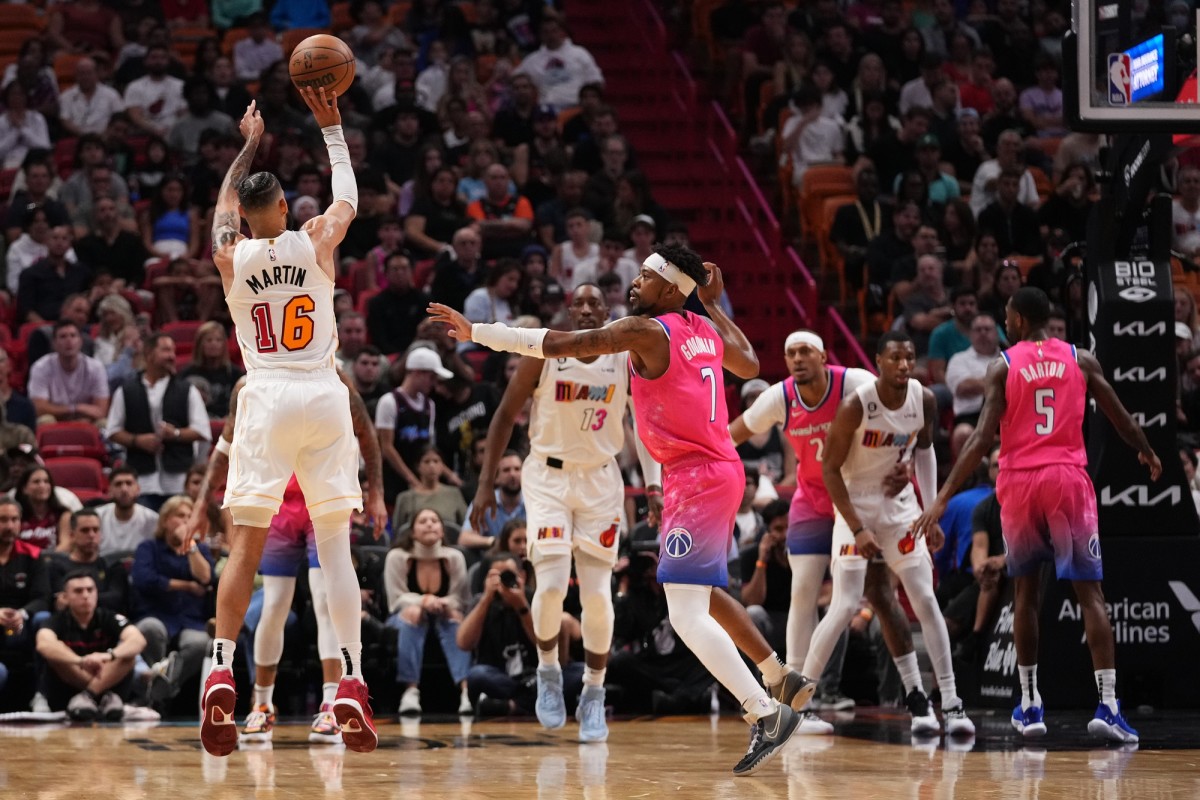 Miami Heat forward has improved as a 3-point shooter. He proved that by making 4 of 9 from the arc in Wednesday’s victory against the Washington Wizards.

“Ya’ll better watch my college film. I used to do that on the regular,” Martin said. “Just my role has changed a little bit.”

Here’s at look at his thoughts on getting adjusted to playing power forward:

He says there are two reasons for the rise in production. One, the Heat need it with so many players sidelined because of injuries. Two, Martin is finally figuring out the power forward position.

“I think it’s a little bit of both,” Martin said. “Obviously, it’s the slack that has to be picked up with those guys. They carry a load scoring-wise. Obviously, we’ve got to be there to pick up those shot attempts in a way that we can without cutting into Tyler (Herro) and Kyle (Lowry). Overall, I think I’m just starting to figure out that four role in terms of how I’m able to get my shots.”

Martin had 24 points in the Heat’s 113-105 victory against the Washington Wizards Wednesday. He was 4 of 9 from the 3-point line, showing he is adding another layer to his game.

“Caleb is just being Caleb,” guard Tyler Herro said. “He’s so dynamic, especially at the four. He’s really a two or three but he’s playing the four. To be able to put him there and be a trigger guy for us, and being able to attack out of close outs, it’s hard to keep him in front. Now, he’s shooting the three pretty well. He’s just making plays for us.”

For a look at some of the latest Heat apparel. CLICK HERE

Shandel Richardson covers the Miami Heat for Inside The Heat. Justin Stupka Commits to the University of Miami