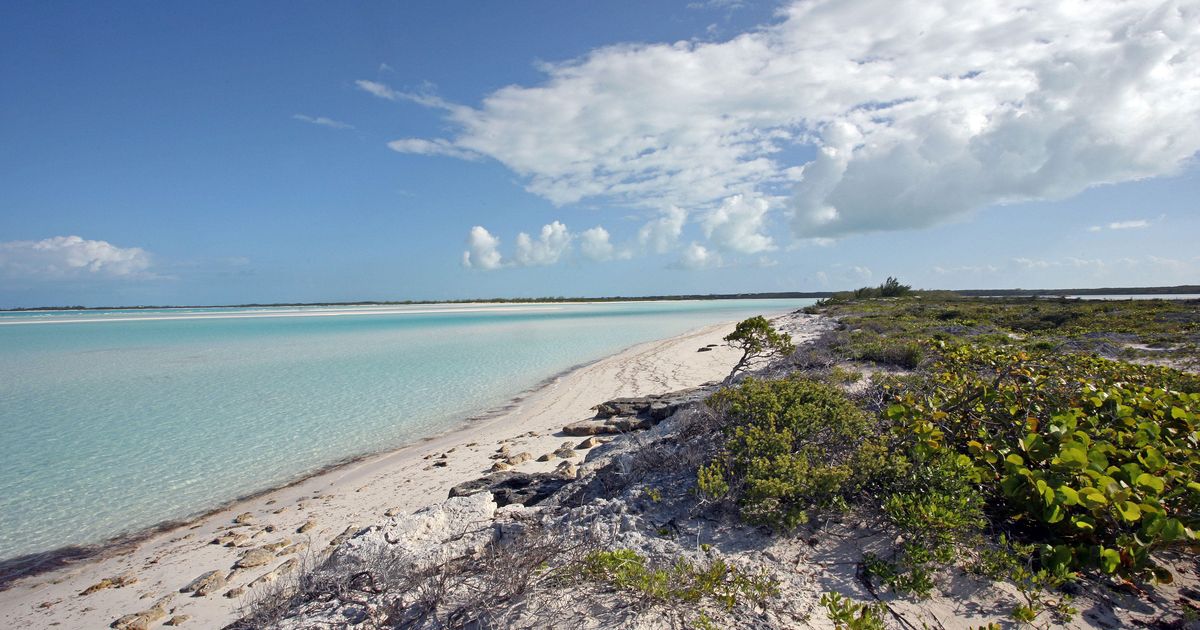 Last week, a consortium of tech guys and real-estate developers announced what they’re calling Agia, a planned “crypto-native luxury community” in the Bahamas. Filled with images of turquoise waters, white sand, people snorkeling, and minimalist beach-house interiors (some of which appear to be in Greece), the promotional materials promise a place “grounded in the simple soulful aesthetic of the Greek Mediterranean — but pulsing with the possibility of our decentralized future.” Its “60 ultra-luxurious pavilions and villas” are available for purchase only via NFT, supposedly “the first time an entire real estate development has been exclusively for sale on the blockchain.” Although the first image on the Agia website, registered in August, comes up as a free Shutterstock photo of a different island in the Bahamas, scroll down a little and you will arrive at the true parcel of land where Agia will manifest: Roker Point, a corner of the island of Great Exuma that is perhaps best known as the barren beach site of the doomed Fyre Festival.

Through no fault of its own, it appears the area has been caught in a decades-long cycle of being traded from one doomed project to another. In 2019, the Bahamian government reportedly granted Fyre Festival planner Billy McFarland use of what was then described as a kind of abandoned dirt plot surrounding an artificial lagoon. But before it was the site of the failed festival, Roker Point had been a failed luxury development, just not the crypto kind. Under the moniker Roker Point Estates, the land was reportedly developed 20 years ago by a real-estate executive named John Goldsworthy, who, according to Chicago Agent magazine, also developed properties in Florida and Turks and Caicos. Bahamian news outlets reported that Goldsworthy spent millions to develop the area, including building roads, erecting a seawall, and installing utilities, but the 2008 market crash put the project on pause until 2012 or 2013, when he restarted construction. The whole thing was listed for sale as recently as 2018. (One outlet quotes him as predicting a “wave of sales” that never really materialized.)

The group behind Agia, according to its website, is a collection of extremely bullish crypto types plus a developer named JFB and the Setai Group, which has developed luxury hotels in Miami. Agia co-founder Erik Sanderson seems to have been with the company since 2021 and, before that, was the CEO of a marine-tech company with “a unique specialization in designing, engineering, building, and mega & superyacht marinas.” Then there is OA3, a web3 marketing company recently started by a prop-tech entrepreneur and “decentralized evangelist” named Deven Spear. Providing the “blockchain development” is Unchained Partners, a web3 strategy company headed by a meme-coin founder. (One of the Unchained Partners called Agia “a dream to ideate, develop, and deploy into reality.”) The Winklevoss twins, involved in their capacity as the founders of Gemini Trust Company, the cryptocurrency exchange, are the Winklevoss twins.

So onto those NFTs: In order to buy your villa in Agia, you have to “mint an Allowlist NFT,” according to the promotional materials, which entails buying a unique digital asset (the NFT), recorded on the blockchain, that represents your villa via cryptocurrency. This alone costs you $10,000, but it secures you the ability to “mint the Right to Ownership NFT during the Allowlist period,” which just means buying another NFT on the blockchain, this time costing the actual amount of the villa, depending on the size of the property. (An oceanfront villa will set you back $3,495,000.) Finally, you mint one last NFT called the “Agia Key,” which is the deed and title to your house. Doing all of that grants you access to a host of other planned amenities: 100 rounds at a golf course, a concierge service, a beach and yacht club (unbuilt), a spa and fitness center (unbuilt). It also gives an “expedited pathway” to permanent Bahamian residency, which, to put an extremely fine point on it, the brochure says will convey “immediate access to one of the world’s most sophisticated offshore banking systems.”

This word nest is primarily an exclusivity pitch. The bells and whistles in the Agia “lifestyle” brochure — renderings by a fancy Miami-based architect, images of bathrobes and baskets in earth tones, photos of instruments in an equally unbuilt recording studio — are mostly just vibes as of now. They even have their own vibe-y video featuring rapid-fire clips of blissful hot people on the beach (and one coconut dramatically exploding in slow motion) set to sexy music.

There is certainly a level of risk here, though this is not the first time real estate has been purchased using NFTs or cryptocurrency. As Decrypt reported, blockchain transactions can’t be undone, so if Agia doesn’t exactly come to fruition, those who minted their $10,000 NFTs are unlikely to get it back. Crypto and real estate have that in common, at least; a lot of loftily touted, life-changing “deals” exchange a lot of money up front, even if what is supposed to materialize never does. And though the Bahamian prime minister is name-checked in the Agia press release as a cryptocurrency supporter, having recently declared the Bahamas a “crypto-hub,” some residents are less confident. As the Bahamian Tribune reported, “Many throughout The Bahamas have become increasingly sceptical over whether promised foreign direct investment (FDI) projects will actually materialise, given the country’s long history of stalled or failed developments.” But the Agia guys are undeterred. If you build it, they say, the crypto elite will come. “We bought this property because we saw its future, not its past,” Sanderson said. 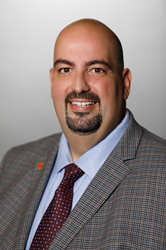