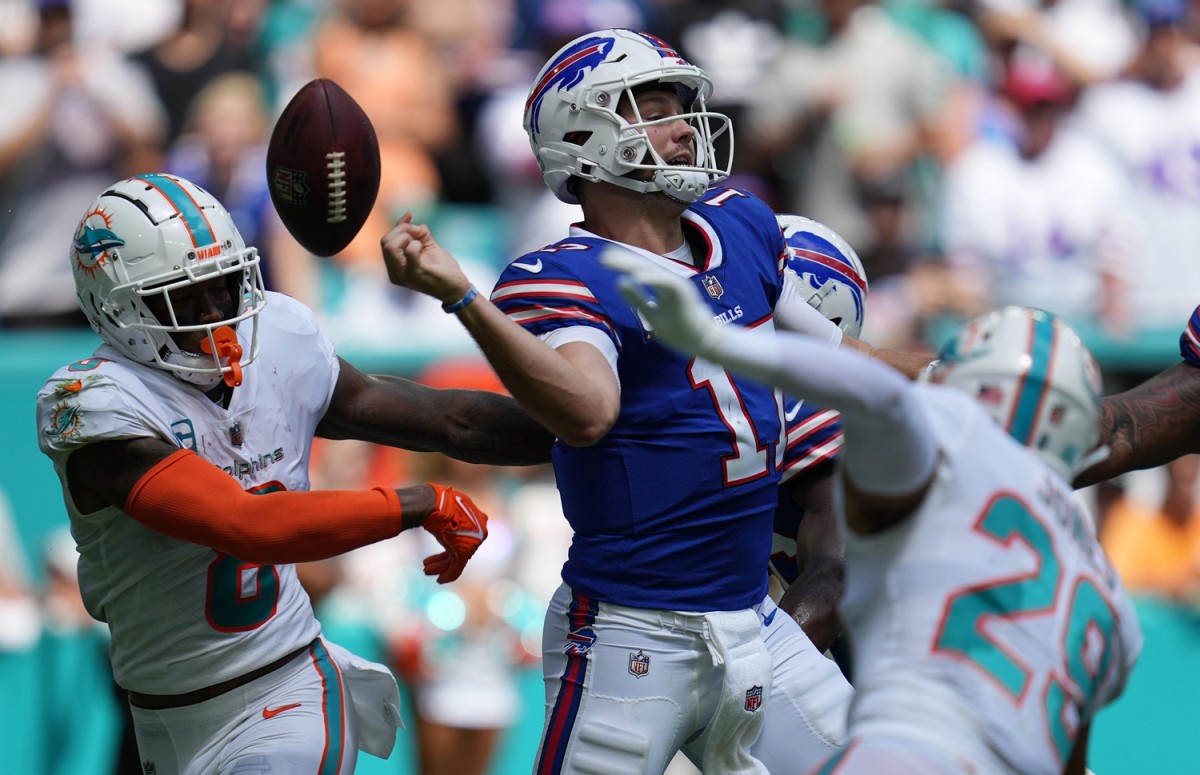 The Miami Dolphins are atop the AFC East standings and near the top when it comes to national NFL power rankings.

After knocking prohibitive Super Bowl favorite Buffalo at Hard Rock Stadium to stand as one of only two unbeaten teams through three weeks, the Dolphins have climbed to No. 1 on some of the national rankings, to No. 2 in others, but almost unanimously in the top five.

In our survey of rankings of 10 national outlets —CBS Sports, NFL.com, The Athletic, The Sporting News, The Ringer, USA Today, Pro Football Network, ESPN, Yahoo, and Pro Football Talk — the Dolphins moved up an average of 4.5 spots after the 21-19 victory against the Bills to an average position of 2.3.

The Dolphins got the No. 1 ranking from four of the 10 national outlets in our survey and the No. 2 spot three times, with the lowest ranking being sixth. The Dolphins ranking range after Week 2 was 5-8.

Here’s the breakdown of the Dolphins’ 10 power rankings spots, along with the commentary associated with it:

Analysis: At 3-0, they are off to a great start. The offense didn’t do a lot against the Bills, but the defense made many key stops. They have a tough game this Thursday at Cincinnati on a short week.

Analysis: The Dolphins enter Week 4 alone atop the AFC East after a stranger-than-fiction 21-19 win over the powerhouse Bills. Miami’s offense possessed the ball for just under 20 minutes against Buffalo, but the quick-strike attack made the most of its limited opportunities. The biggest play of the game came on a third-and-22 in the fourth quarter, as Jaylen Waddle split the Bills’ secondary for a 45-yard gain that set up the go-ahead score. Throw in a survived Butt Punt and some clock-management and special teams failures by a previously impervious opponent, and you can say the Dolphins are living a charmed life right now.

Analysis: What is the purpose of power rankings if not to reward a team for beating the former No. 1s while remaining undefeated? The Dolphins are probably not the best team in football through three weeks — that would be one of the two teams that follows — but they’re definitely fun. They’ve won thanks to an offensive explosion, as they did in Week 2, and they’ve won thanks to aggressive, timely defense and a little luck, as they had against the Bills. Buffalo outgained Miami 497-212 on Sunday, ran 90 plays to the Dolphins’ 39 and possessed the ball for 40:40 of 60 minutes. Only one other time in NFL history has a team possessed the ball for 40 minutes of a non-overtime game, ran at least 85 plays and gained at least 475 yards and lost — shoutout to the 1996 Jacksonville Jaguars, who were undone by Mark Brunell throwing five interceptions in a 17-14 loss to the Rams.

Analysis: To be the best, you’ve got to beat the best. And they did.

Analysis: The Dolphins defense was on the field for 90 plays in ridiculous heat against a Bills offense that wanted to spread it out and pass it all over the place. Now the Dolphins go on the road on short rest for a Thursday night game at the Bengals. They also have injury issues, including quarterback Tua Tagovailoa (though excuse me for not worrying too much about him playing through his, ahem, back and neck injury). If the Dolphins win in that situation, it will be really impressive.

Analysis: One week after a ridiculous comeback victory against the Baltimore Ravens, Miami one-upped themselves by winning an absolute bloodbath against Buffalo. Tua Tagovailoa hit the back of his head on the turf and got up wobbly. While that rightfully freaked everyone out, he returned in the second half of the game. Jevon Holland looks pretty special, and Xavien Howard came up huge on multiple occasions against Stefon Diggs, who struggled with cramps late in the game as well. Miami gets another chance to prove themselves against Cincinnati in Week 4, and WR Tyreek Hill is ready, sending a message to Bengals CB Eli Apple after Sunday’s game vs. the Bills.

Analysis (on QBR rank, 1st): Tua Tagovailoa is off to the start every Dolphins fan dreamed of in his third NFL season. He ranks second in the league in passing yards and is already halfway to matching his career high in touchdown passes with eight. He also leads the NFL in QBR and is second in yards per attempt. The new coaching staff and improved supporting cast around him seems to have unlocked the potential Miami saw when he was drafted No. 5 overall in 2020, and it’s a big reason the Dolphins are the AFC’s lone unbeaten team entering Week 4.

Analysis: Mike McDaniel, Tyreek Hill, and Jaylen Waddle have each been sensational, and Tua Tagovailoa is doing enough to maximize the opportunities he’s getting in this NASA rocket of an offense. Tagovailoa completed 13 of 18 passes for 186 yards and a touchdown in the Dolphins’ Week 3 win over Buffalo, including a 45-yard strike to Waddle on third-and-22 in the fourth quarter. He finished the week ranked second in yards per attempt (10.33) and third in EPA per dropback (0.35). Tagovailoa still has limitations as a passer, and the 24th-ranked defense in EPA per play gives me pause. But there’s too much going right with McDaniel on the sideline and with these offensive weapons to keep Miami outside of the top tier of AFC teams right now.

Analysis: The Dolphins have an impressive opening resume with Mike McDaniel with a variety of victories — rout, big comeback and grinding battle of attrition. They are maximizing their offensive efficiency and their defensive aggressiveness to be shockingly worthy of the top spot after beating the previous “best team.”

Analysis: During the offseason, they upgraded a playoff-caliber roster while concurrently creating an environment to test Tua Tagovailoa and determine whether or not he’s a franchise quarterback (and he better be after Miami owner Stephen Ross’ tampering led to forfeiture of one of next year’s first-round picks). So far, appears Tua is precisely that – though it still seems Miami has more glaring flaws (run game, pass defense) than Buffalo in light of a somewhat fluky upset of the Bills in Sunday’s South Florida steam bath. 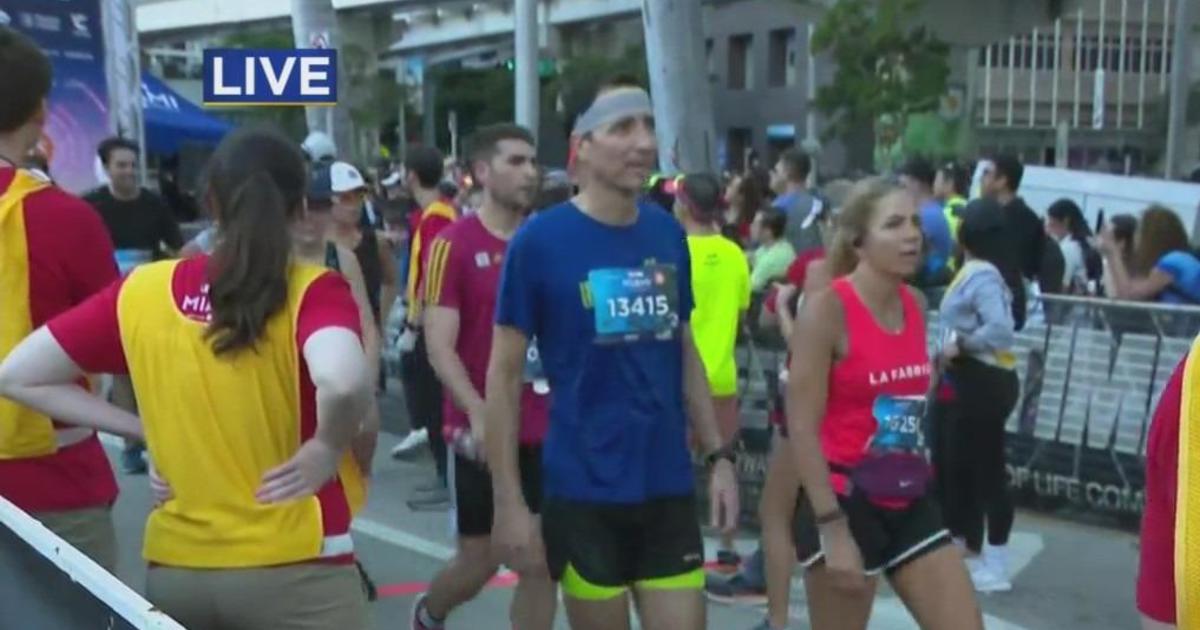