The Miami Dolphins’ defense stopped Josh Allen and the Bills at the goalline late, then held again after punter Thomas Morstead bizarrely kicked the ball off a teammate and out of bounds for a safety in a 21-19 win over Buffalo on Sunday.

Tua Tagovailoa and the Dolphins improved to 3-0 in an AFC East thriller that ended with Allen and the Bills attempting to spike the ball near midfield, the clock just running out on their chance to try a long-distance, go-ahead field goal.

Tagovailoa briefly left the game in the second quarter, returning after halftime despite appearing to be disoriented by a head injury. Allen also may have been injured, heading to the X-ray room after the game. He had his throwing hand checked by trainers late.

Miami took the lead with about 10 minutes left in the game, scoring a touchdown to go up 21-17, and the Bills faced their first deficit of the season. Despite being sacked and flagged for unnecessary roughness on the next drive, Allen drove Buffalo down the field with a 17-play, eight-minute drive reflective of how the Bills offense operated all game. Miami’s defense held, though, nearly intercepting a pass on the drive and forcing a turnover on downs from the two-yard line.

Aaron Rodgers threw for 255 yards and two touchdowns, and the Green Bay Packers withstood a late rally led by Tom Brady to hold off the Tampa Bay Buccaneers.

Rodgers tossed TD passes on his team’s first two possessions, while the Bucs’ offense sputtered much of the day without star receivers Mike Evans, Chris Godwin and Julio Jones.

For the second straight week, the Bucs (2-1) were held without a touchdown into the fourth quarter. Brady finally got them into the end zone on a one-yard pass to Russell Gage, capping a 90-yard drive with 14 seconds remaining. Tampa Bay’s bid to force overtime with a two-point conversion was thwarted, first by a delay-of-game penalty and then an incomplete pass that allowed the Packers (2-1) to beat Brady for the first time in three tries since the seven-time Super Bowl champion joined the Bucs in 2020.

Matt Ryan threw a 12-yard touchdown pass to rookie Jelani Woods with 24 seconds left to give the Indianapolis Colts a comeback victory over the Kansas City Chiefs.

Ryan earned his first win with the Colts in their home opener by hooking up with Woods for both Indianapolis touchdowns, one week after they were shut out at Jacksonville.

Ryan finished 27 of 37 for 222 yards in his 225th career start. He was sacked five times and lost two fumbles.

For the Chiefs (2-1), it was a rare September misfire. Mahomes fell to 13-3 in the opening month while going 20 of 35 for 262 yards, one TD and his first interception of the season.

Kansas City had chances. Matt Amendola missed an extra point in the first half and a 34-yard field goal with 8:38 remaining. Tommy Townsend also threw an incompletion on a fake field goal early in the fourth.

Joe Burrow threw three touchdown passes and the defending AFC champion Cincinnati Bengals got their first victory of the season, rolling past the New York Jets.

After opening 0-2 with a pair of three-point losses, Burrow insisted there was no panic or Super Bowl hangover for the Bengals. And they came out aggressive against the Jets, who fell flat after a stunning comeback win last week at Cleveland. Burrow finished 23 of 36 for 275 yards with TD throws to Samaje Perine, Tyler Boyd and Ja’Marr Chase.

Lamar Jackson threw four touchdown passes and ran for another score to help the Baltimore Ravens hold off the New England Patriots.

New England’s Mac Jones suffered a leg injury with less than two minutes to play, hopping off the field and heading straight to the locker room. He completed 22 of 32 passes for 321 yards but threw three interceptions. Justin Tucker kicked a 56-yard field goal, the 50th of his career from 50 yards or more, as Baltimore claimed their first regular-season victory at New England in seven tries.

Trevor Lawrence threw for 262 yards and three touchdowns, James Robinson rushed for 100 yards and a TD and the Jacksonville Jaguars snapped an 18-game road losing streak with a decisive victory over ailing Justin Herbert and the Los Angeles Chargers on Sunday.

Herbert started after being listed as questionable all week with a rib injury. The third-year quarterback passed for 297 yards but turned it over twice, finishing 25 of 45 with a touchdown.

DeVonta Smith caught eight passes from Jalen Hurts for a career-high 169 yards and a touchdown, Carson Wentz flopped in his first game against the team that drafted him and the Philadelphia Eagles routed the Washington Commanders to remain unbeaten.

Smith made acrobatic catches along the sideline and to the edge of the end zone for respective gains of 45 and 44 yards, and hauled in a TD pass on fourth down to end the first half with no time left on the clock. Hurts was 22 of 35 for 340 yards and three touchdown passes. Wentz, the second pick in the 2016 draft to Philadelphia on his third team in three years, was 25 of 43 for 211 yards with two fumbles one lost.

Matthew Stafford threw for 249 yards, Cam Akers and Cooper Kupp both scored touchdowns and the Los Angeles Rams used a stellar defensive effort to beat the Arizona Cardinals 20-12. The Rams (2-1) continued their dominance in the series of NFC West rivals, winning 11 of the past 12 games dating to 2017, including last year’s 34-11 win in the playoffs.

Laviska Shenault caught a 67-yard touchdown pass from Baker Mayfield, Marquis Haynes returned a fumble 44 yards for a touchdown and the Carolina Panthers defeated the New Orleans Saints to snap a nine-game losing streak. Mayfield threw for 170 yards and Christian McCaffrey ran for 108 as the Panthers (1-2) won at home for the first time since beating the Saints 26-7 on 19 September 2021. Jameis Winston, playing with an injured back, completed 25 of 41 passes for 353 yards with a touchdown and two interceptions.

Ryan Tannehill threw for 264 yards and a touchdown and ran for another score and the Tennessee Titans never trailed, holding off the Las Vegas Raiders 24-22 for their first victory this season. Derrick Henry also ran for 85 yards and a touchdown. Henry also added 58 yards more receiving as the Titans (1-2) avoided their worst start since 2009 when they lost the first six games that season. The Raiders (0-3) are off to their worst start since 2018.

The Texans had third-and-one at their 26 when defensive tackle Angelo Blackson tipped a pass intended for Rex Burkhead. Smith, who missed practice all week because of a hip injury, intercepted it at the 30 and returned it to the 12. Chicago had Herbert run, then downed the ball twice before Santos nailed a 30-yarder as time expired.

Cordarrelle Patterson rushed for a career-high 141 yards and one touchdown, Marcus Mariota threw a 14-yard TD to rookie Drake London in the second half, and the Atlanta Falcons picked up their first win of the season. Patterson rumbled for 107 yards in the second half and the Falcons were able to avoid starting 0-3 for the second time in three seasons. Mariota used the pass game to pick up chunks of yards in the first half, then it was Patterson churning big plays in the run game.

Is Running Back Raheem Mostert the fastest player on the Miami Dolphins – even faster than Tyreek Hill? 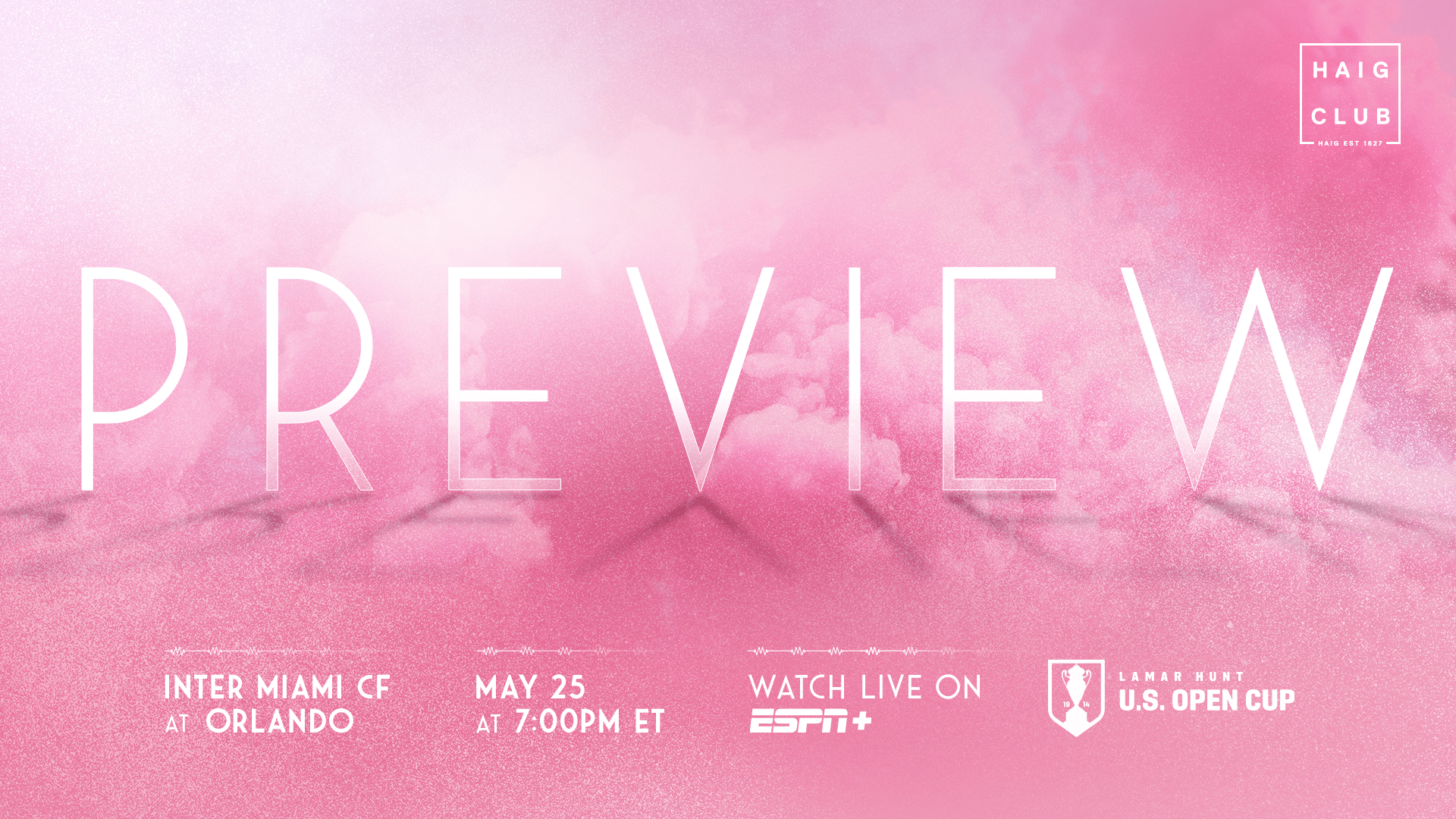 MATCH PREVIEW: Inter Miami CF to Visit Orlando City SC in the Round of 16 of the Open Cup on Wednesday