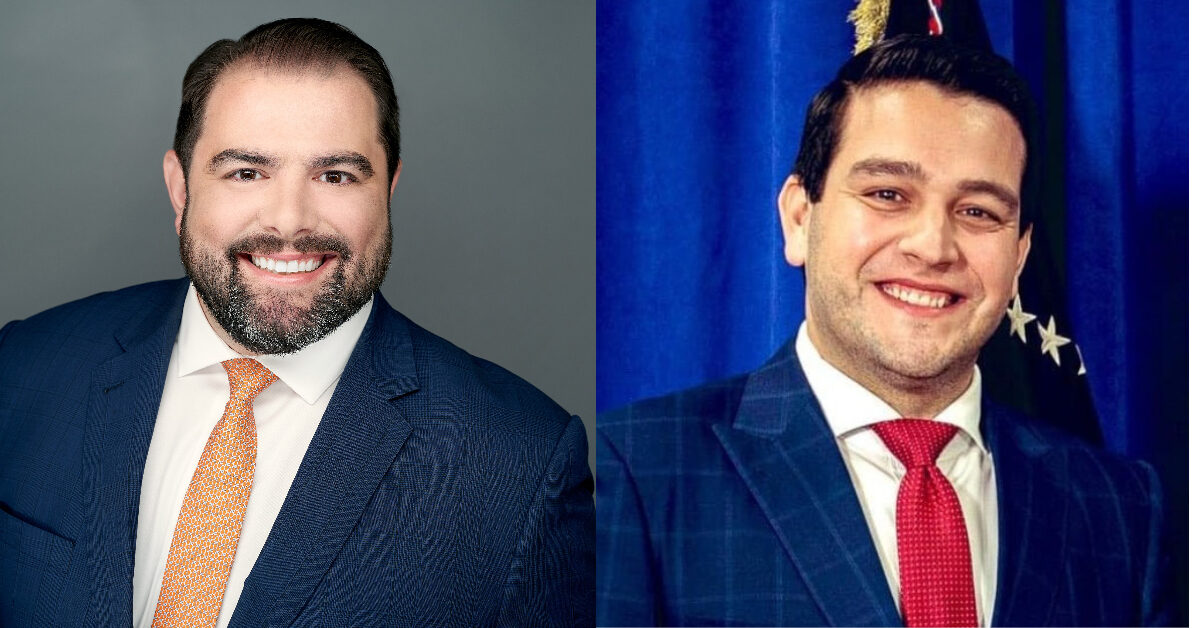 Coral Gables Commissioner Jorge Fors Jr. is suing lobbyist Kevin Marino Cabrera, his opponent for the Miami-Dade Commission in District 6, for what he calls a “civil conspiracy” to defame him ahead of this fall’s election.

In a lawsuit filed Thursday with the 11th Judicial Circuit, Fors alleged Cabrera and several campaign consultants and political committees have spread “false, defamatory statements” and “realistic, but doctored, images” meant to damage his reputation.

The mailers and other attack media from Cabrera’s campaign — including a now-offline website, ForsTheFraud.com, whose funding is traceable to Cabrera’s political committee — had Fors considering a lawsuit for months. The website included a photoshopped picture of Fors handcuffed and wearing an orange jumpsuit while sitting in a jail cell and what appear to be arrest records of Fors.

Fors said he’s never been arrested in his life. He also denied allegations by Cabrera’s campaign that he “refused to pay (any) property taxes.” In August, Fors told the Miami Herald he mistakenly claimed a homestead exemption on a condo roughly five years ago and has since repaid the outstanding taxes, interest and penalties.

But Fors said it was a particularly misleading tactic Cabrera’s team allegedly sent out this week that proved the last straw.

On Sept. 17, Miami Herald reporter Doug Hanks posted screenshots to Twitter of text messages sent to District 6 voters. Sent with an image of hands bound by rope, the messages claimed Fors voted against shutting down “shady motels” in Coral Gables that operate as “fronts for human trafficking.” The texts said Fors accepted campaign donations from the motels, profiting “off the backs of prostitutes through the trafficking of women, men, and children,” and referred recipients to ForsTheFraud.com.

Fors called the messages “a completely fabricated advertisement,” adding that he’d never voted on anything to do with motels until last week, when he voted in favor of placing additional requirements on the establishments.

City of Coral Gables records show Fors and the other members of the City Commission voted unanimously for the ordinance in question, which Mayor Vince Lago sponsored.

“I have three little girls, and I think human trafficking is nothing to play games with,” Fors told Florida Politics. “It’s an extremely serious problem in our communities, especially in South Florida. And that pretty much put me over the edge.

“To try to associate me with human traffickers and the sex work trade, an illegal industry, that was enough. I cannot let them continue to lie through their teeth to the voters and fabricate things to get themselves elected. So, I filed the suit.”

In addition to Cabrera, Pedicini, Dade First PC and Save Our Quality of Life, Fors is also suing political consultants David Millner and Thomas Piccolo, who the suit says work with Pedicini through the Tampa company SimWins, as well as political operative Alex Miranda and his firm, Miranda Advocacy.

The defamation lawsuit is unspecified monetary damages. Fors said he hopes it “sends a strong message to them that there will be consequences for their actions.”

Despite Cabrera’s roots in politics — he ran campaigns for Trump, former Gov. Jeb Bush, former U.S. Rep. Carlos Curbelo and Florida Supreme Court Justice John Couriel, among others — Cabrera is campaigning as something of a political outsider. He called Fors, a fellow Republican, an “aspiring career politician.”

Cabrera, the lawsuit says, is a “career lobbyist” registered with the state of Florida and Miami-Dade County who “nonetheless falsely describes himself to voters as a ‘political outsider.’”

“What’s more, Cabrera is or was a member of the Proud Boys … a neo-fascist organization that promotes and engages in political violence in the United States (and) has been designated as a terrorist group in Canada and New Zealand.”

That assertion stems from an October 2018 incident in which Cabrera, then working as a lobbyist at the Southern Group, was caught on video participating in a protest alongside members of the Proud Boys and Miami-Dade Republican Party outside the office of former Democratic U.S. Rep. Donna Shalala. In the video, Cabrera can be seen pounding his fist on Shalala’s door while holding a rudimentarily drawn poster opposing communism.

The incident drew rebukes from U.S. Sen. Marco Rubio and Curbelo, who said he “fully” agreed that the protest was “100 percent wrong” and “disgusting.”

Cabrera, who now works as senior vice president of global public strategy firm Mercury, has maintained he was exercising his First Amendment rights but denounced the Proud Boys and “any group that espouses any sort of hate.”

Too little too late, Fors said.

“His participation in that protest, combined with his failure to publicly denounce the Proud Boys or publicly come out and say that he is not affiliated and/or a member of the Proud Boys (justifies that claim),” he said. “And by the way, I don’t know if the Proud Boys have a formal membership system like your local gym. What is being a member of an organization like that? Is it a simple affiliation? Do they have cards?

“But if you’re with them and not denouncing them — not saying you’re not one — then there’s a basis to say you are a member.”

Florida Politics contacted Cabrera for comment on the lawsuit. Cabrera responded, saying his campaign had not yet received the lawsuit and would “respond accordingly” after reviewing it with counsel.

Florida Politics emailed Cabrera a copy of the lawsuit and will update this story as it develops.

Fors and Cabrera are competing in a runoff after neither received enough votes to win the District 6 seat on the Miami-Dade Commission outright. Cabrera won 43% of the vote, while Fors took 26%. Miami-Dade election rules require a County Commission candidate to receive more than half the votes cast during the technically nonpartisan Primary contest to win office.

The winner on Nov. 8 will succeed term-limited, who has endorsed Fors as her preferred successor.

District 6 covers a north-central portion of Miami-Dade, including part or all of the cities of Coral Gables, Hialeah, Miami, Miami Springs, Virginia Gardens and West Miami. The district also contains Miami International Airport, one of the county’s top two economic engines, and a Miami golf course being redeveloped as a soccer stadium complex for the city’s Major League Soccer Team. 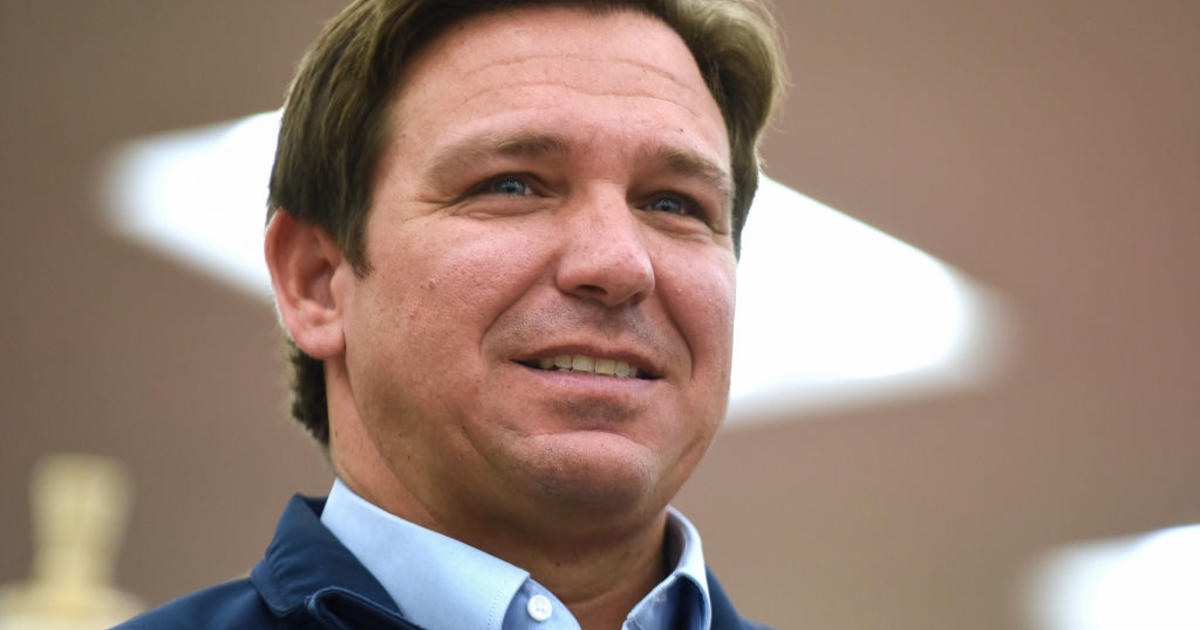