The Miami Heat were this close to returning back to the NBA Finals. Literally:

The Jimmy Butler miss from three. Got a good look in rhythm with the Celtics dropped way off him, but didn’t need it. pic.twitter.com/vyAdE8vbiX

This past season, Miami quietly took the league by storm.

The team owned the third-best record in the league and was the first seed in the East. The Heat finished top-10 in both offensive and defensive rating. For the second time in three seasons, Miami advanced to at least the Conference Finals.

Although the Heat fell short, the team in the Jimmy Butler era has been a fringe contender for the past three years. Miami is 25-15 in the playoffs since Butler joined the Heat in the 2019-2020 season, and behind his heroics, the team is a force to be reckoned with.

However, Miami faces an uphill battle heading into next season.

This offseason, defensive juggernaut P.J. Tucker signed with the rival Sixers. Miami retained its key role players but made no significant roster upgrades. The Heat have been in trade rumors for both Kevin Durant and Donovan Mitchell, but there’s little traction to finalize a trade for either star.

Miami could still be a competitive team this upcoming year. This past season, the Heat dealt with multiple injuries to their key stars and still finished first in the conference.

Yet, Miami lost a key contributor in Tucker and failed to upgrade the team moving forward. The situation gets scarier for the Heat with both Butler and Lowry aging further into their thirties.

As the league evolves, teams learn to adapt with it. Franchises that don’t improve will likely either perform the same or regress to the mean.

For now, Miami looks to be in this type of situation.

Tucker provided the Heat with accurate three-point shooting and the ability to guard multiple positions. Tucker had his best scoring season since 2019. He chipped in a career-high 42% on three for Miami while serving as an adequate passer. Most important, he was the team’s best multi-position defender on the roster.

In the playoffs, Tucker was indispensable. The Heat completely fell apart once he wore down against Boston in this year’s Conference Finals.

Now, Miami enters next season with a big hole in their starting power-forward position.

In 2020, Miami cruised to the Finals by emphasizing versatility and switchability on defense. Before signing with Phoenix in the 2020 offseason, Jae Crowder became the Heat’s primary stretch-four option.

But, Miami took a step back when Crowder signed with the Suns. The Heat tried multiple different players to fill in the slot left behind. None of them worked.

In the end, the Heat were swept (in dominant fashion, nonetheless) against the Bucks in the first round of the 2021 playoffs.

On this day (of the month), May 2021: Khris Middleton of the Milwaukee Bucks scores the go-ahead bucket with 0.5 seconds left in overtime of Game 1 vs. the Miami Heat, the start of a two month playoff run that eventually leads to the Bucks’ first NBA Championship in 50 years. pic.twitter.com/8IYpCNXMl2

Miami has gone down this road before. The team’s system around Butler and Bam Adebayo relies heavily on having a two-way wing playing the 4.

The Heat don’t have anyone that can fill all the holes left behind by Tucker’s departure.

Recent draft pick Nikola Jovic is only a rookie and needs time to develop. Caleb Martin showed promise but is too small to play small-ball four full-time. Other than that, Miami fields a roster of ball-dominant guards, off-the-dribble creators, three-point shooters, and rim-running centers.

The Heat will certainly miss what Tucker brought to the table.

This offseason, Miami returned all of their key contributors from their 2022 campaign. Other than that, the Heat did little to upgrade their roster.

The team could look to acquire some talent, but it would mainly involve a trade.

Miami was reportedly in the Kevin Durant and Donovan Mitchell sweepstakes. But with KD and the Nets agreeing to move on and complications with a possible Spida acquisition, a major shakeup doesn’t appear to be in the cards.

Relative to a Durant trade, acquiring Mitchell would be much easier.

Utah, however, wants a major haul of assets in any Mitchell trade. There’s also a chance Mitchell remains with the Jazz and functions as the franchise’s cornerstone.

The asking price appears to be steep, but in the wake of Utah’s recent Rudy Gobert blockbuster deal to Minnesota, the Jazz are no longer simply dismissing calls on Mitchell, sources said.

The Jazz are open to trades across the entire roster too, but Mitchell is certainly the organization’s most valuable and coveted asset.

The Heat’s main trade chips include 20-point scorer Tyler Herro, Duncan Robinson’s salary, and only a couple of their first-round draft picks. Compared to other teams, Miami’s best offer doesn’t compare to what a team like New York or Toronto can offer.

The Heat were rumored to be interested in John Collins. Collins would be an excellent fit for Miami to fill in at the power-forward slot. He’s an athletic, rim-rolling scorer that flashes promise as a defender and willing shooter. Compared to other players, he could be available at a cheaper price compared to Mitchell.

“There has been some Miami, John Collins chatter. It’s old. I don’t think it was ever really serious at all. [the Heat] might revisit that.”

Regardless, the Heat do have the ability to make a big move. The question is whether they want to or not.

Despite some regression, Miami will enter next season as a legitimate contender in the Eastern Conference. With Butler’s production in the playoffs and the team’s current depth, they could make a run.

But unlike Miami, other teams in the conference made significant improvements.

Both Boston and Milwaukee will enter this year as the favorites to come out of the Eastern Conference. Philadelphia, Atlanta and New York all improved during the offseason. Cleveland and Chicago both outperformed expectations despite being hit with the injury bug.

On the one hand, Miami could remain the best regular-season team in the conference.

Butler is an All-NBA star and Adebayo is entering his age-25 season. Miami has plenty of depth at guard and could withstand another 82-game gauntlet. After all, the Heat won 53 games last season with Butler, Adebayo and Lowry combining to miss 70 games.

However, Butler will be entering his age-33 season. He’s missed over 20 games in each of the last two seasons. Lowry will turn 36 before the playoffs. Adebayo has struggled in back-to-back playoffs.

Entering this season, Miami will still be a threat in the Eastern Conference.

But as other teams made substantial improvements, the Heat stood pat and are ready to run it back. After their 2020 Finals run, Miami took a step back in the 2021 season. 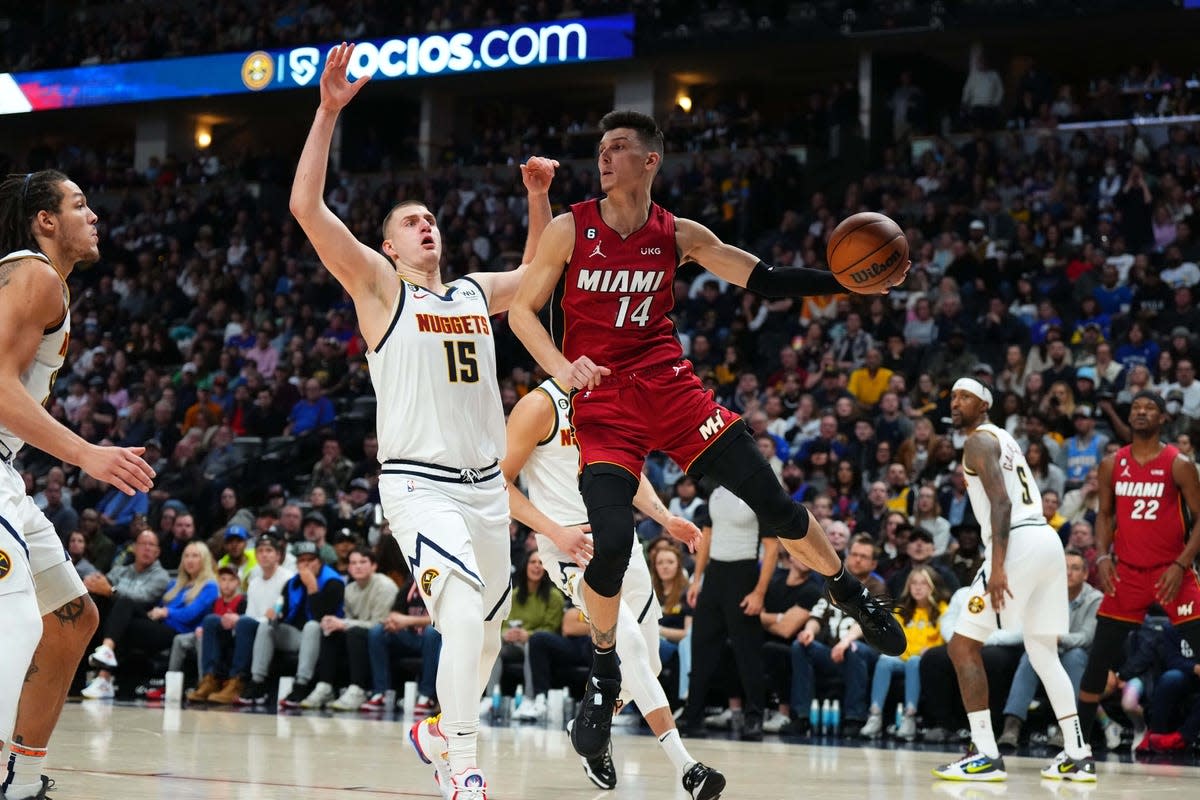