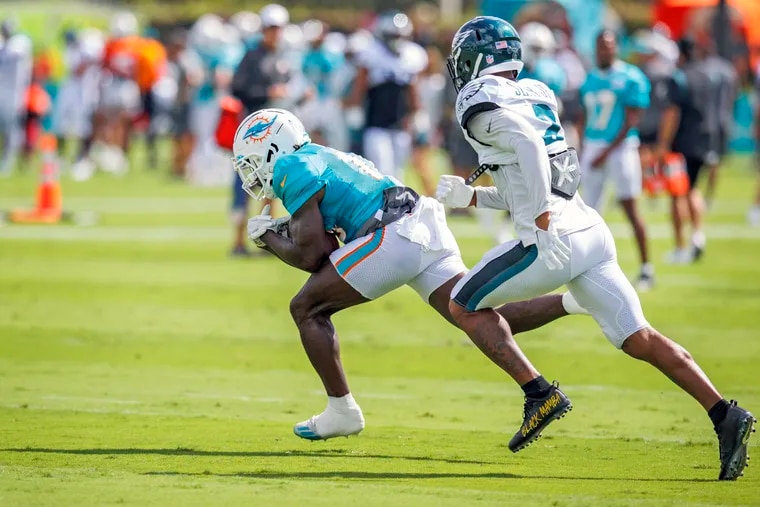 MIAMI — The Eagles will practice by themselves at the Baptist Health training complex Thursday after the Miami Dolphins canceled their practice due to a non-COVID illness.

The second and final joint practice for the teams was set to begin around 10:15, but the Dolphins will meet virtually “out of an abundance of caution as a result of a non-COVID illness,” according to a team spokesperson. According to NFL Network reporter Mike Garafolo, Dolphins players are dealing with a stomach bug or perhaps food poisoning.

The teams are scheduled to play their final preseason game at Hard Rock Stadium on Saturday at 7 p.m. Whether the game is in jeopardy in undetermined.

The Eagles trained against the Dolphins on Wednesday morning after spending last week practicing against the Cleveland Browns on the road. The Dolphins had a noted advantage over the Eagles in the opening session, although it’s worth mentioning the Eagles may have been travel-weary and had yet to acclimate to the muggy Florida weather.

Eagles coach Nick Sirianni and Dolphins coach Mike McDaniel are both still scheduled to speak with reporters before the start of practice.

» READ MORE: Jordan Davis has earned respect as a rookie