Miami Hurricanes offensive linemen Zion Nelson, and Laurence Seymore were among a group of players nationally at the position to sign Name, Image and Likeness deals with national restaurant chain Hooters as announced on Monday. Among the other schools involved are Florida Atlantic and ACC rival Georgia Tech.

Hooters Chief Marketing Officer Bruce Skala said they want to recognize “the physical play, blue-collar mentality and on-field leadership of the offensive lineman.” Nelson is the more recognized of the two and has 32 career starts in 35 games for Miami from 2019 through 2021. Seymour played in two games as a true freshman in 2021.

Nelson has frequently been projected as a first-round pick in the 2023 NFL Draft. The fourth-year junior who is entering his fourth season as a starter will miss the beginning of the 2022 season after July knee surgery. Seymore is more of a long-term project and is not likely to break the Miami Hurricanes OL rotation in 2022.

The Miami OL is being led by new position coach Alex Mirabal this season. Mirabal came with head coach Mario Cristobal from Oregon. Once he is healthy, Nelson is projected to start at left tackle with returning starters, center Jakai Clark and versatile OL D.J. Scaife. John Campbell, Justice Olawaseun and Jalen Rivers will contribute. 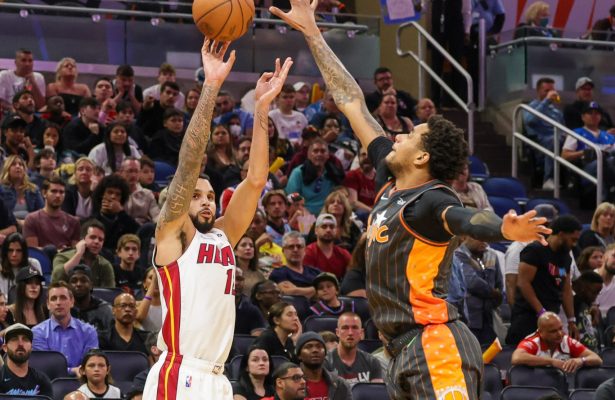