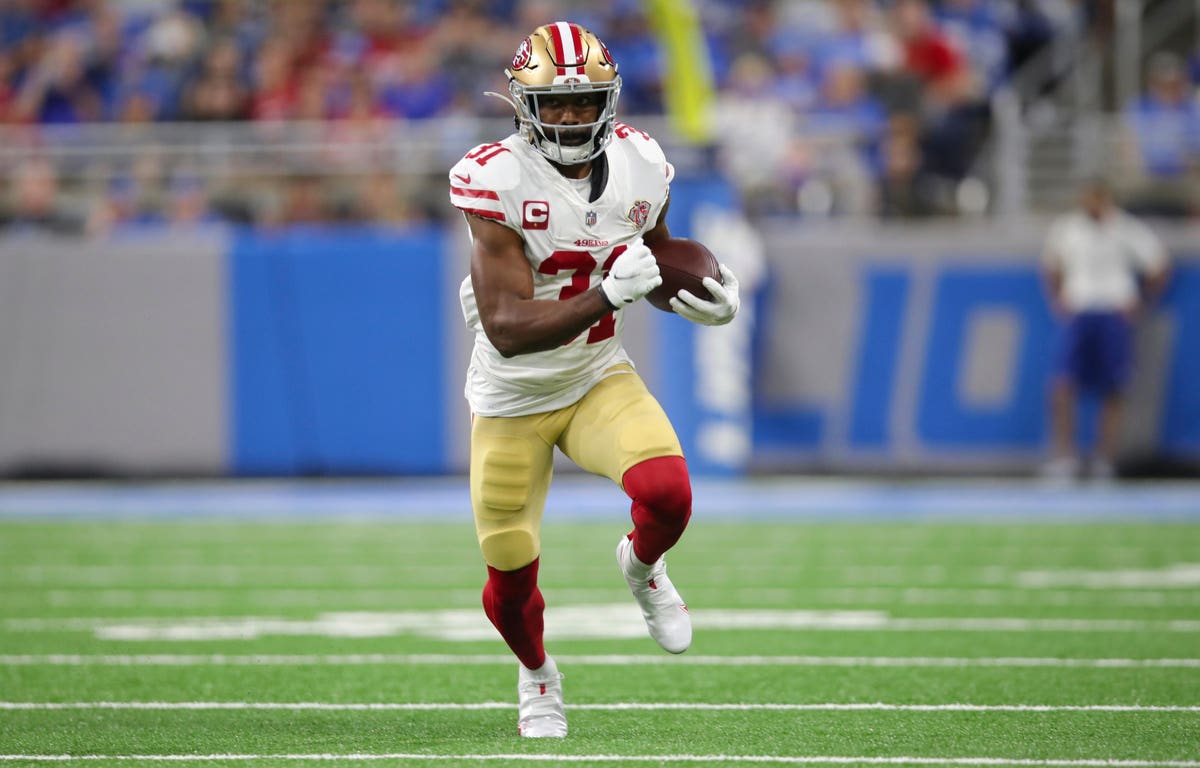 Given their significant investment in the running back position this offseason, the Miami Dolphins appear set to lean on the backfield to help Tua Tagovailoa in 2022, and their hopes of that plan succeeding were given a significant boost on Monday as Raheem Mostert revealed he has been cleared to return from injury.

Mostert followed Dolphins head coach Mike McDaniel in making the move to Miami from the San Francisco 49ers and did so following two injury-disrupted seasons in 2020 and 2021.

Having played only eight games in 2020, Mostert suffered a season-ending knee injury in the 49ers’ Week 1 win over the Detroit Lions last season.

ESPN’s Marcel-Louis Jacques had previously reported there was doubt as to whether Mostert would be ready for the Dolphins’ season opener. However, Mostert’s positive update will raise hopes of him being able to line up against the New England Patriots.

Though the Dolphins also have Chase Edmonds, Sony Michel, Myles Gaskin and Salvon Ahmed on their running back depth chart, Mostert is the back the Dolphins need on the field if their run game is to achieve its potential under McDaniel, who was renowned for his input into San Francisco’s rushing attack.

Indeed, without Mostert on the field, the Dolphins lack a true home-run hitter, and the value of Mostert’s burst and acceleration up to his frightening top speed was evident when he was fully healthy during his time with San Francisco.

Mostert’s 49ers spell is best remembered for his 220-yard, four-touchdown effort in the NFC Championship Game against the Green Bay Packers that sent San Francisco to Super Bowl LIV.

And his efficiency numbers from that 2019 run and his 2020 season illustrate Mostert’s worth to an offense with a well-designed run game.

No running back in the NFL averaged more yards before contact per attempt in 2019 than Mostert, who put up 3.5 YBC per carry, according to Pro Football Reference. In 2020, that average dropped slightly to 3.3 but was still the best among all players at his position.

He was understandably much more efficient in 2019, when he led the league in Football Outsiders DVOA (per-play value) among running backs and was seventh in their DYAR (total value) metric. On the sidelines for half the year in 2020, he was 20th in DVOA and 29th in DYAR.

When Mostert is healthy and at his best, he is one of the most efficient running backs in the NFL, and he creates that efficiency through explosiveness. Over the course of the 2019 and 2020 seasons, Mostert had 34 rushes of 10 yards or more, as many as the Dolphins did in the entirety of the 2021 campaign.

A Dolphins run game that finished 31st in Expected Points Added on rushes last year desperately needs the explosive run ability Mostert can provide not only to boost the dismal production on the ground but also to bolster the threat of the play-action game and the run-pass option to make life significantly easier on Tagovailoa.

With Mostert seemingly healthy and one of the brains behind his stunning 2019 installed as head coach in Miami, the Dolphins look to have the pieces in place to make significant strides. The challenge now for Mostert is to stay healthy and try to make sure his peak performance translates to a new situation but familiar system.