Owners of Citizens-insured homes with replacement values in the $500,000 to $600,000 range just a couple years ago have been receiving notices of non-renewal, forcing them to seek far-more expensive coverage in the unregulated surplus lines market.

The notices say that rising costs of construction and labor pushed their replacement values beyond a $700,000 eligibility cap in place in Broward, Palm Beach and every other Florida county except for two.

In Miami-Dade and Monroe, the state’s two southernmost counties, homeowners don’t have to worry about becoming ineligible for Citizens unless their replacement values exceed $1 million, thanks to exemptions approved in 2015 by the Florida Office of Insurance Regulation. The exemptions were granted after a study determined that the two counties – long considered most vulnerable to the destructive forces of hurricanes – lacked competitive insurance options and should have a higher eligibility cap.

But that absence of options has since become the status quo across the state, say a growing number of political leaders, insurance agents and homeowners. They say the separate eligibility thresholds are unfair to homeowners in the rest of the state whose replacement values are increasing because of economic forces outside of their control.

They want the Office of Insurance Regulation to raise the eligibility cap in Broward and other counties where recent insolvencies, skyrocketing premiums, and decisions by private market companies to stop writing new business have left homeowners with few choices.

Owners of homes ineligible for Citizens are typically forced to seek coverage from surplus lines carriers, which may charge higher rates, are not regulated by the state, and are not required to provide the same coverages as so-called domestic insurers like Fort Lauderdale-based Universal Property and Casualty or Deerfield Beach-based People’s Trust.

“We’re right next to Miami-Dade and you’re telling me there’s a huge difference in the housing market?” says state Rep. Robin Bartleman, whose district includes Weston, Southwest Ranches and Pembroke Pines, just north of Miramar and the Miami-Dade County line. “I can’t imagine how they can justify treating Miami-Dade differently than Broward.”

On May 9, Bartleman wrote a letter to Insurance Commissioner David Altmaier asking “for your office to decide by study or otherwise whether there is not a reasonable degree of competition for homeowner’s insurance rates in Broward and other counties such that the $1 million maximum dwelling replacement cost for eligibility for Citizens coverage should apply there.”

During the May special legislative session convened to prevent the collapse of Florida’s private-market insurance industry, Bartleman and Rep. Chip LaMarca, a Republican from Lighthouse Point, co-sponsored legislation that would have required a new competitiveness study. The Legislature took no action on the bill.

Replacement values – what it would cost to rebuild a destroyed home or condo – are determined by insurers, using models or software that take into account inflation and other factors.

A Citizens spokesman said the company was unable, in time for the publication of this report, to calculate the number of policies non-renewed over the past year after exceeding the eligibility cap.

Jim Carroll, a Fort Lauderdale retiree, had been paying Citizens $5,000 to $6,000 a year to insure his house, located on a canal near the Intracoastal Waterway. After Citizens increased his home’s replacement value above $700,000 this year, he was forced to pay almost twice as much for coverage with Lloyds of London, he said in an interview.

Not long ago, only the wealthy could afford a $1 million house, he said.

Nic Arfaras lives in Fort Lauderdale’s Coral Ridge area. After Citizens said it could not renew his policy because his home’s replacement value increased over $700,000, his insurance cost went from $7,000 to $31,000. After repairing his roof and making some other needed upgrades, he found a company willing to cover the home for $14,000 a year, he said.

He’d rather still be with Citizens, he said. Going without insurance isn’t an option because he still has a mortgage and lenders require full coverage. “If you have a mortgage, you’re screwed. You don’t have a choice,” he said.

When Citizens was first created in August 2002, there was no eligibility threshold. But critics soon discovered that the company insured more than 5,000 homes valued at over $1 million – most owned by wealthy people who could easily afford to buy private-market coverage. That put nearly all insurance consumers in Florida at risk of assessments to fund rebuilding of mansions if Citizens was unable to pay all claims after a catastrophe.

In 2013, lawmakers and Citizens leaders were looking for ways to reduce Citizens’ alarmingly high policy count, which peaked at nearly 1.5 million in 2012. Along with incentivizing private companies to take over Citizens’ most profitable accounts, reducing the eligibility cap was seen as a way to shed customers more appropriately served by the private market.

The Legislature and governor enacted a law establishing a $1 million statewide eligibility cap along with a step-down provision requiring the cap to be reduced by $100,000 each year until reaching $700,000 in 2017. But the law gave the Office of Insurance Regulation the authority to keep the cap at $1 million in counties that it determined lack “a reasonable degree of competition.”

The office also used the Herfindahl-Hirschman Index, which it called a commonly accepted measure of market competition. It, too, showed that Miami-Dade and Monroe were highly concentrated markets.

Alan Edwards, owner of Davie-based Alan Edwards Insurance Agency, said one of his clients became ineligible for Citizens after the company increased the replacement value of his 3,800 square-foot Broward County home from $621,000 in 2021 to $712,000 this year – a $91,000 increase. The client, who owns a small plumbing business, had to pay more money for lower levels of coverage from a surplus lines carrier, Edwards said.

Kyle Ulrich, president and CEO of the Florida Association of Insurance Agents, a trade group, says his organization’s board of directors supports a new study by the Office of Insurance Regulation. Agents in the association have reported seeing sharp declines in the number of private market insurance companies willing to cover their clients, even in the Panhandle and other northern Florida communities that insurers used to fight over.

“Most of our agents have never seen anything like this before,” Ulrich said. He added that FAIA “would be happy” to help the Office of Insurance Regulation study competitiveness across the state by providing names and numbers of insurers still writing policies in counties where its agents do business.

While the surplus lines market used to be a reliable source of coverage for clients pushed out of Citizens, the decision last spring by Lexington Insurance Co. to discontinue its home insurance division has left high-end homeowners who used to rely on Citizens with fewer choices, just like owners of lower-priced homes, Ulrich said.

Last Thursday, hours after the South Florida Sun Sentinel asked a spokeswoman for the Office of Insurance Regulation about the status of Bartleman’s request to Altmaier, Bartleman and her legislative assistant received an email from Alexis Bakofsky, Altmaier’s chief of staff.

“We have been diligently working on” Bartleman’s request, Bakofsky said in the email, “and hope to provide you an update soon.” She added, “This request requires a comprehensive look from OIR which takes time.”

In a statement to the Sun Sentinel, the spokeswoman confirmed the office is studying market competition statewide.

“While the original request was specific to Broward County, OIR believes this data is valuable for every county and plans to include data from all 67 counties,” the statement said. “The request requires a comprehensive look from OIR, which takes time.”

Policies Citizens ‘does not want’

Still, any proposal that will lead to more homeowners becoming eligible for Citizens will encounter opposition from lawmakers worried about the company’s continued policy growth.

Sen. Jeff Brandes, a Tampa Bay-area Republican who has repeatedly criticized an annual rate cap on Citizens policies enacted in 2009 under then-Gov. Charlie Crist, said increasing the cap beyond Miami-Dade and Monroe counties would hurt what’s left of the private insurance market by siphoning away more customers.

Thanks to Crist’s rate cap, Citizens rates in some areas are 50% cheaper than what’s available from private companies because, unlike private insurers, Citizens is not required to set rates according to risk, Brandes said. Prior to the rate cap, state law required Citizens’ rates to be on par with top private market insurers in the state, he said.

Raising the eligibility cap “could potentially expose Citizens to another 150,000 policies they don’t want that would be pulled out of the private market.”

Brandes, whose senate term ends this year, said he’d prefer to see the eligibility cap reduced to $700,000 in Miami-Dade and Monroe counties, rather than increased everywhere.

Or he’d support raising it to $1 million everywhere, but only if Citizens is required to charge risk-based – or what are called “actuarily sound” – rates for homes valued at more than $700,000.

To do otherwise, he said, “amounts to putting on a tourniquet while the patient bleeds out.” 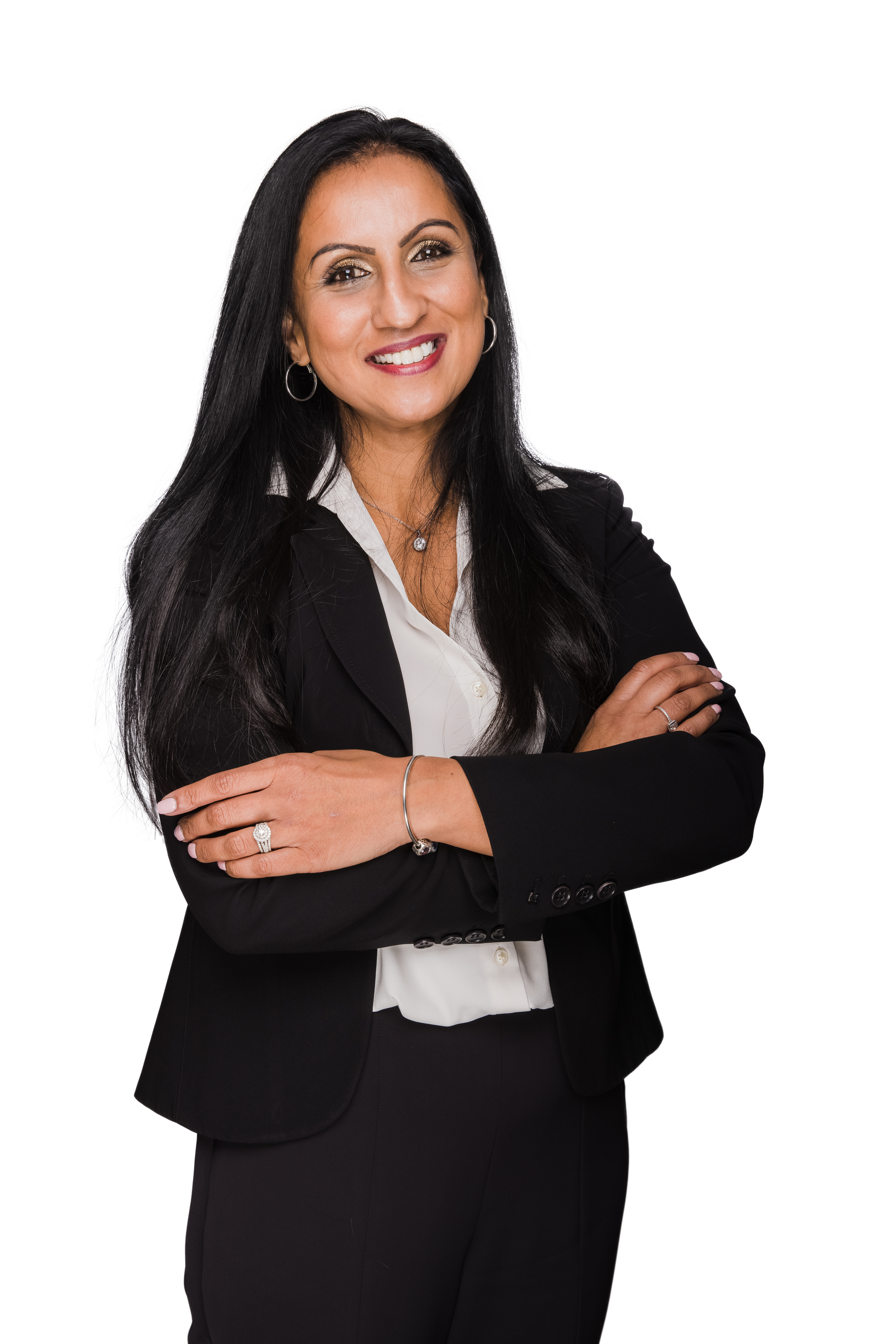 🏠Cities with the most expensive homes in Florida