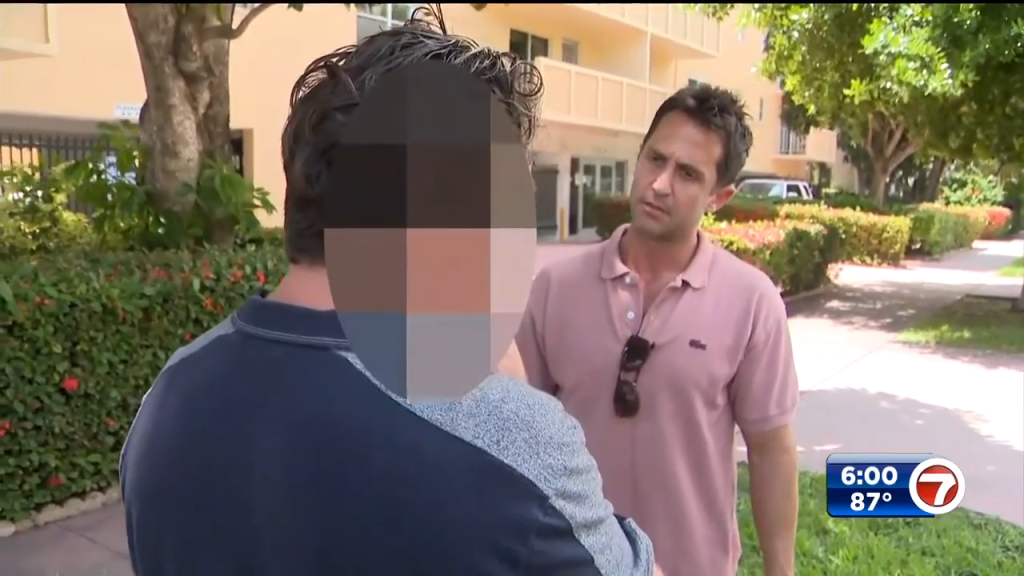 MIAMI BEACH, FLA. (WSVN) – A 7News photojournalist became the victim of a beating in Miami Beach. He’s describing what led up to it and the aftermath.

It was a rough day on the job, Wednesday, for a photojournalist in Miami Beach, who, due to security reasons, has asked to remain anonymous by not showing his face or revealing his name.

“There was two of them, and they were just wailing on me,” he said. “I can feel more bruises around my face.”

While on the job, he spotted what he thought and seemed to look like a crime in progress, as two men were seen throwing punches.

Which led him to do what he normally does and began to record the two. He recorded the video on Pennsylvania Avenue near Eighth Street.

“My kind of news antenna went up. I was like, what’s going on, and then I was just trying to be aware,” he said. “They were probably just joking around.”

That became his perspective after viewing the video a few times, although in real time is when the problem had surfaced. The men had realized that they had been recorded and didn’t like it.

“They had ran across the street this way,” he said.

That was how the man, who often covers crime for a living, became a victim of one.

“They got me in the back of the head right here… like someone must’ve, you know,” he said.

He said he was repeatedly punched in the head and face, and one of the men had even grabbed his phone. Although he managed to get it back.

When asked if he had told the men that he was doing his job, he said, “No, not really. I really didn’t have time to think about it. It just happened so fast.”

As he was shocked and seeing stars, he was able to flag down a police officer and filed a report. Miami Beach Officers have the video and said they’re investigating.

In the meantime, the camera man is on the mend. A doctor took X-rays and a CAT scan that same night.

The news photographer said he’s fine but still shaky after getting “the shot,” then taking several.

“We cover it all the time, you just never think you’re gonna be part of the story,” he said.

The photojournalist said he managed to keep his phone.

Copyright 2022 Sunbeam Television Corp. All rights reserved. This material may not be published, broadcast, rewritten or redistributed.

1 hospitalized after car overturns near canal in northwest Miami-Dade