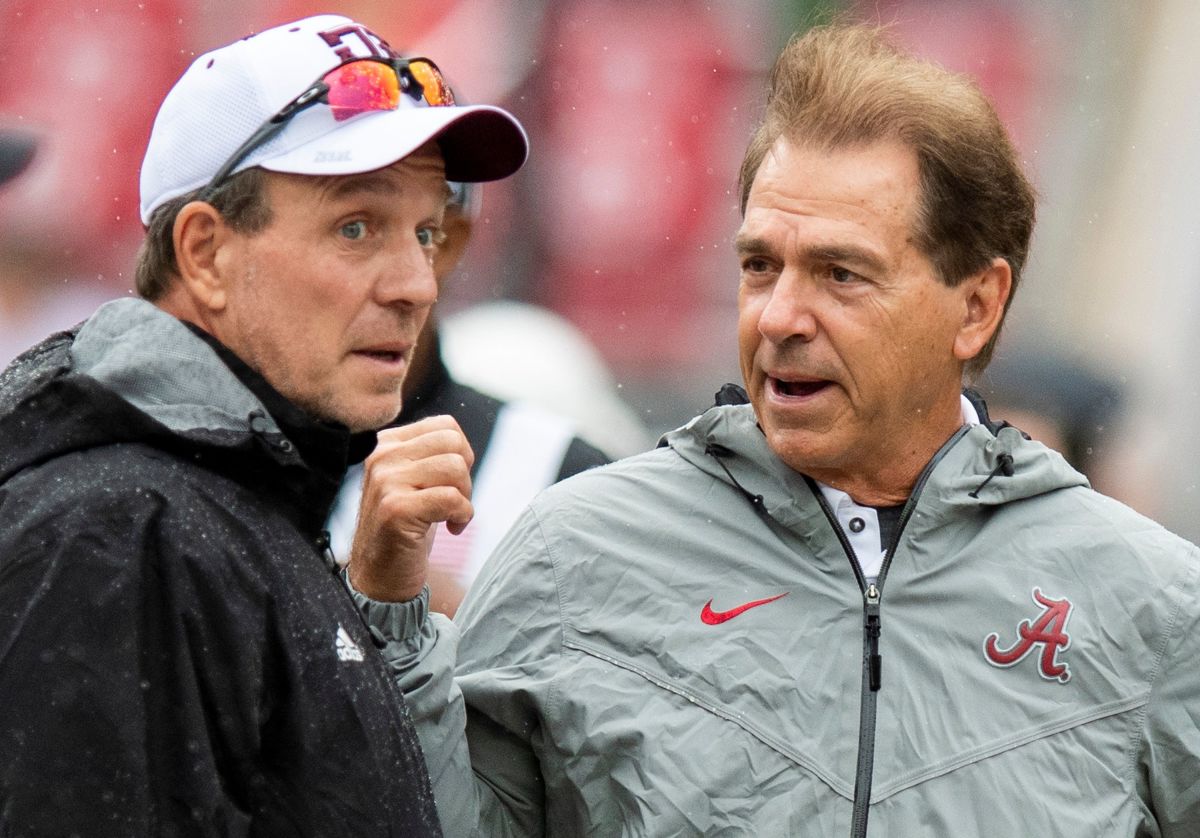 The ever-changing landscape of Name, Image, and Likeness (NIL) continues to be a topic of immense discussion. Over the past few weeks, allegations of tampering have surfaced at programs across the country as money moves at a furious pace.

Alabama head coach Nick Saban has been one of the most vocal voices when it comes to NIL. While speaking during an event earlier this week, Saban criticized programs that he believes are abusing what NIL is supposed to be about. He directly called out Texas A&M, who finished with the No. 1 recruiting class after spending a rumored $25 million.

“I know the consequence is going to be difficult for the people who are spending tons of money to get players,” Saban said according to AL.com. “You read about it, you know who they are. We were second in recruiting last year. A&M was first. A&M bought every player on their team. Made a deal for name, image and likeness.”

“We didn’t buy one player. Aight? But I don’t know if we’re going to be able to sustain that in the future, because more and more people are doing it. It’s tough.”

Progressing with his comments, Saban referenced Jackson State as another specific example of a school breaking the rules and going unpunished. His reference is obviously to the No. 1 prospect in the 2022 class, Travis Hunter, who flipped from Florida State to Jackson State on Early Signing Day for a reported $1.5 million deal.

Tigers head coach Deion Sanders has shot down the reports on Hunter multiple times this offseason.

“We have a rule right now that said you cannot use name, image and likeness to entice a player to come to your school. Hell, read about it in the paper!” Saban said. “I mean, Jackson State paid a guy a million dollars last year that was a really good Division I player to come to school. It was in the paper and they bragged about it. Nobody did anything about it.”

Saban also made it a point to mention the muddling in the waters down in Miami. The Hurricanes have been using a slew of billionaires, including John Ruiz, who has utilized his company, LifeWallet, to put together deals for multiple transfers. And he’s publicly bragged about it on social media.

“I mean,” Saban said. “Those guys from Miami that are going to play basketball there for $400,000, that’s in the newspaper. The guy tells you how he’s doing it.”

“But the NCAA can’t enforce their rules because it’s not against the law, and that’s an issue,” Saban continued. “That’s a problem. Unless we get something that protects them from litigation, I don’t know what we’re going to do about it.”

The legendary head coach agrees that college athletes should have the opportunity to earn compensation. He asserted that 25 players at Alabama brought in a combined $3 million in NIL deals and that they did it the “right way” over the past year.

“I told our players when this whole thing started to get agents, get representation, so you create opportunities for yourself,” Saban said. “Our players last year created $3 million worth of opportunities for themselves in doing it the right way. I have no problem with that and nobody had a problem on our team with that because the guys that got the money earned it. There were only 25 guys on our team that had the opportunity to earn money.”

At the same time, Saban has issues with how the current ruleset allows programs to take advantage of NIL without repercussions. It’s spiraling out of control and becoming a real issue across the sport.

“The issue and the problem with name, image and likeness is coaches try to create an advantage for themselves by going out and saying, ‘OK, how can we use this to our advantage?’” Saban said. “They created what’s called a collective. A collective is an outside marketing agency that is not tied to the university that’s funded by alumni from the university. They give this collective millions of dollars. That marketing agency then funnels it to the players. Aight? And the coach actually knows how much money is in the collective, so he knows how much he can promise every player.

“That’s not what name, image and likeness was supposed to be. That’s what it’s become and that’s the problem in college athletics right now.” Saban continued. “But the NCAA can’t enforce their rules because it’s not against the law, and that’s an issue. That’s a problem. Unless we get something that protects them from litigation, I don’t know what we’re going to do about it.”

Regardless of how Saban feels about it and if Alabama is truly doing things the right way compared to the competition, it doesn’t seem like NIL is going to be changing in the near future. There are just too many hoops for the NCAA to jump through and they haven’t shown a true desire to pursue programs that are playing outside the lines.

Stick with NoleGameday for more coverage of Florida State football throughout the summer.

What’s next for the Florida State Seminoles? Join thousands for FREE to not miss out on any breaking news or recruiting latest by clicking this link or texting our number (850) 616-8661! 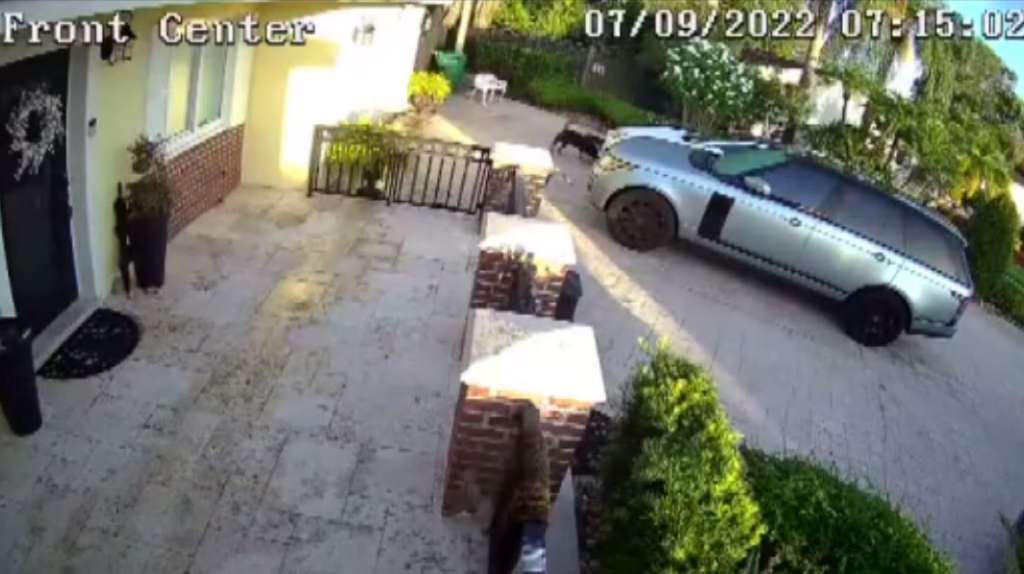 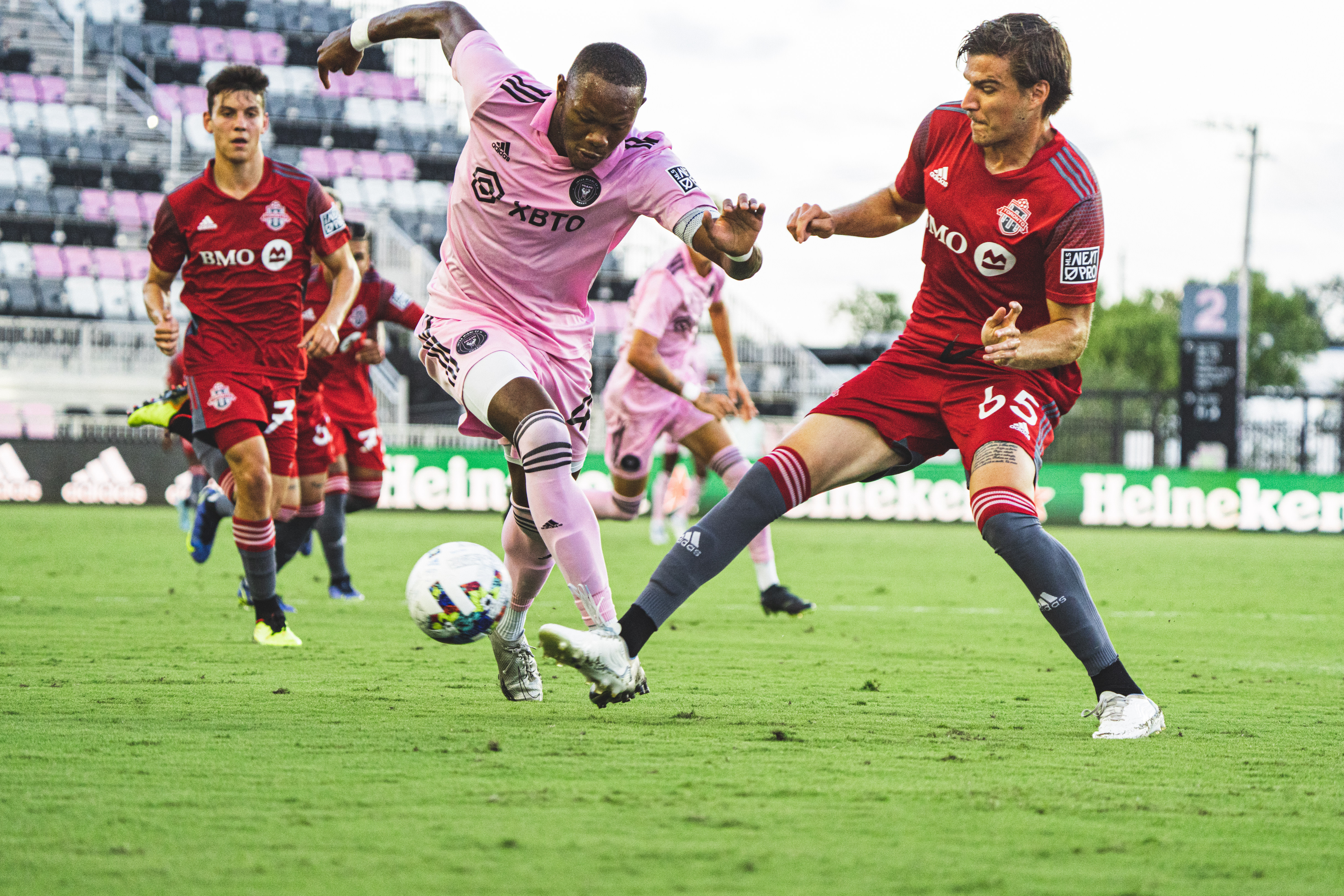 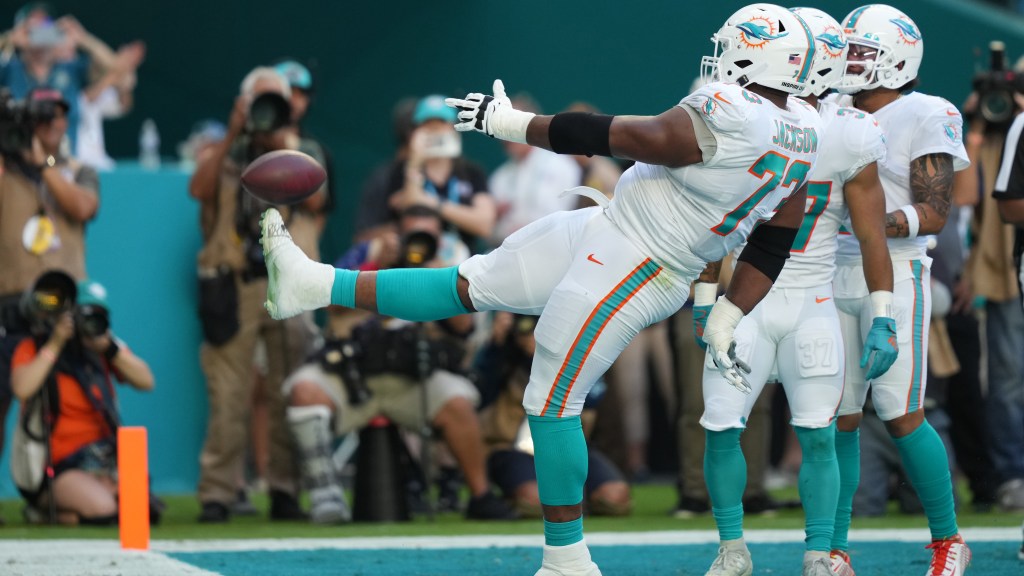