MIAMI – Women who traveled to South Florida for cosmetic surgery spoke out exclusively to Local 10 News about the nightmare they say they experienced after paying for post-operative care in a so-called recovery home.

“I just pray I get through this, and I can get back home,” this patient named Maria said, “You  know, sometimes you say ‘I just made a bad decision.’  This is a bad decision for me.”

“I’m so traumatized right now I don’t even know what to think,” said another patient named Jennifer.

“By the next day waking up, you realize this is not quite what you think it is,” Maria added, “There’s a house of fifteen other women, there is only one or two caregivers at a time.”

The women told Local 10 they were referred to stay at a recovery house following invasive procedures like Brazilian Butt Lifts, commonly known as BBL at various Miami area clinics. Some women claim they were told nurses would be on hand to help care for them in the early stages of recovery. Instead, they say workers spoke little to no English and they found themselves staying in unsanitary conditions. The women described blood on the floor, mold on the walls, roaches, and their laundry being washed with harsh chemical cleaner instead of detergent.

On April 15 one of the women staying in the home called 911 after reportedly feeling unsafe.

“Come to find out the facility is not even licensed,” Maria said, “We’re not even supposed to be here.”

Police responded to the Brownsville area home in NW Miami-Dade and notified the people working inside that the property was unlicensed and unauthorized to operate as an assisted living facility. The women said they paid $1,150 dollars for six nights in the house. Investigators say they do not shut down the properties and do not evict people staying inside. When police arrived, the staff took off, leaving the patients to fend for themselves.

They said that in the middle of the night someone shut off the water to the property.

“Which means…we can’t flush the toilet, we can’t wash our hands,” Jennifer explained, “We’ve all just had major surgery.”

Then they said someone deliberately cut off the air conditioning.

“Mind you, all of us were pretty much naked…because we are so hot,” Jennifer said, “Two big guys and a girl come in busting through the door, saying like ‘What the hell are you guys doing here? You’re trespassing! Nobody’s supposed to be here.’”

There are some specific details in the case which Local 10 is not reporting because of the ongoing police investigation. But the detectives handling these cases for Miami-Dade Police’s Medical Crimes Unit spoke exclusively with Local 10′s Amy Viteri, telling her MDPD is the first agency in the state to make arrests in recovery house cases.

“I believe that every woman that goes into one of those unlicensed living facilities … are in danger,” said the detective, who asked not to be identified.

Local 10 has previously reported on women who have died from post-surgical complications while staying in an unlicensed recovery house. Rachelle Demosthenes passed away in August less than 24 hours after having surgery while staying in a Miami area recovery house. Her friend who was with her at the time told Local 10 people working in the house were reluctant to call 911.

“Some of them do advertise that they have nurses on duty,” the detective said, “They don’t have nurses. We’ve never seen a nurse on duty.” When asked who is generally working in the homes he replied, “Just regular people that are looking for work.”

He described a surge in properties that are technically operating as unlicensed living facilities. He says in the last year the county has seen a growth of about 150% in these types of houses popping up in residential neighborhoods.

“I don’t know what they are. I don’t know if they’re just like housekeepers,” said Jennifer when asked about who was providing care inside the home.

Some women staying in the house were eventually moved to a nearby hotel, still left alone without care just days after surgery.

Women have said the red flags start the moment they wake up from surgery, transported face down in the back of vans or SUVs to homes that often look nothing like the pictures advertised.

“I felt like I was going to pass out,” said the patient named Maria, “Just in the back of a van like this, lying on your stomach next to someone else. Both of us panicking because we feel like we’re dying.”

She described the driver of the van pulling over at a gas station in order to buy the women Tylenol for pain relief en route to the house.

According to the detectives, many of the women still have drainage tubes for bodily fluids following surgical procedures when they are transported, with nothing more than thin absorbent pads commonly used for pet urine underneath them.

“One of the questions that we ask every patient is ‘Do you believe that the place was licensed?’ And 99.5% of them have said yes,” explained the investigator.

Miami-Dade’s Medical Crimes Unit is part of the Organized Crimes Bureau and is tasked with investigating all types of unlicensed and fraudulent medical care. Police have made arrests of those accused of operating and profiting from the illegal houses, but say they’re partnering with state agencies, digging deeper and their investigations could expand.

“Slowly, we are finding other avenues of investigations…other laws that may be being broken,” the detective explained, “So it’s branching out…We take these types of crimes seriously because women are dying and can potentially die. Okay, that to me, that’s the bottom line.”

The majority of women staying in the houses have traveled to South Florida from other states for surgery, creating a large demand for places to recover. But without regulations, it’s currently at a patient’s own risk.

“So it’s really just kind of you are taking your chances kind of thing,” said the patient named Jennifer.

At least one of the patients who spoke with Local 10 has since been hospitalized with serious complications and may need further surgeries. 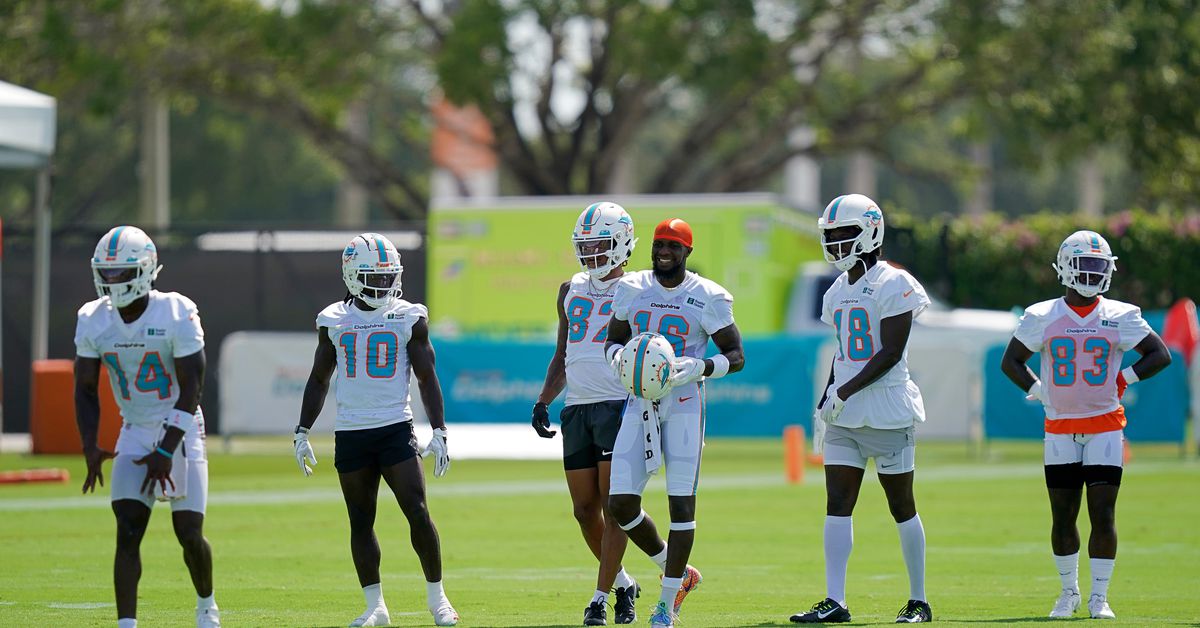 Miami Dolphins Preseason 2022: Mike McDaniel’s first depth chart, joint practices with Tampa Bay, and what to watch for as the Dolphins take on the Buccaneers — A Miami Dolphins Podcast