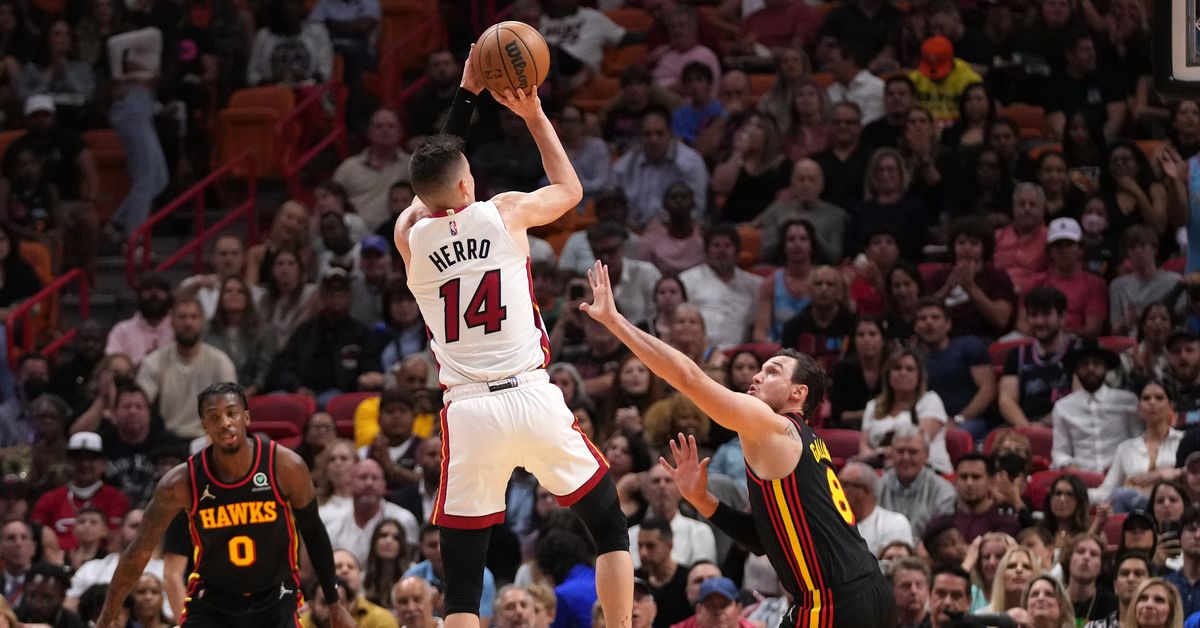 The Miami Heat will open the NBA Playoffs at home against the Atlanta Hawks for Game 1. The game will be televised on TNT at 1:00 on Easter Sunday.

Miami has not played for a week as they have waited for the East play-in games to conclude. That finished on Friday night when the Hawks had a comeback win in Cleveland against the Cavaliers. Atlanta, 39 hours later begins their series against the Heat.

In that game, the Hawks lost Clint Capella to a hyper extended knee and he is expected to miss at least a week before being re-evaluated. That’s a damaging loss to the Hawks interior presence as they are also without John Collins.

The Heat are pretty much healthy — with Bam Adebayo clearing H/S protocols yesterday and it appears that PJ Tucker is ready to return after a calf strain.

This series will be focused around the presence of Trae Young, the NBA’s season leader in total points and also total assists this year. He was the dominant force in Atlanta’s second half comeback win on Friday and will be a lot for the Heat to handle. The Heat have the personnel to handle Young, but a playoff series will have a lot of “hunting” and you will see plenty of Max Strus, Tyler Herro and Duncan Robiunson unfortunately switched onto Young with Miami’s switching defense.

Look for the Heat to really key in on Bam Adebayo to be aggressive. Without Capella and Collins, the Hawks lack a lot of interior talent to play against Bam. Okongwu can play well and has a good motor, but after that — they will struggle if Bam is aggressive.

Game 1 is going to be a great atmosphere and the Heat will look to pounce on an opponent who has had to battle all week just to secure a playoff spot.

FiveThirtyEight gives the Heat an 70% chance to win the game.

Come back to Hot Hot Hoops at game time to join our GameThread and chat about the game live with other Heat fans! Football: Huskies travel to Miami to take on Panthers